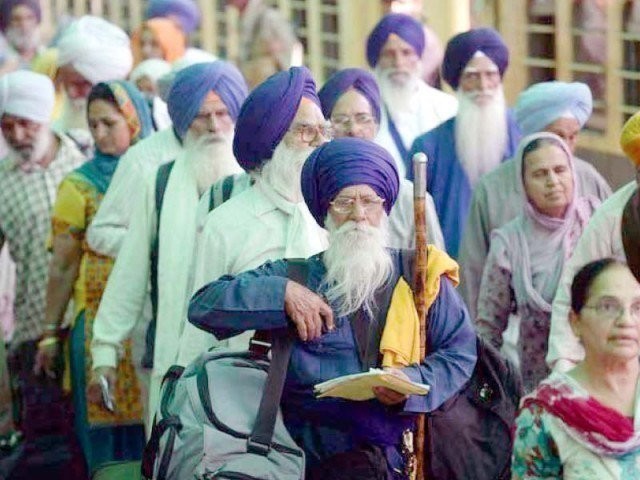 A file photo of Sikh pilgrims during their visit to Pakistan.

LAHORE: Pakistan has decided to begin building the Kartarpur corridor later this month, with Prime Minister Khan likely to lay the foundation stone of the project.

According to officials, while a date for beginning the construction has not set, the government wants to coincide the announcement with the arrival of Sikh pilgrims, who are currently in the country to observe the birth anniversary of Guru Nanak Devji, the founder of the Sikh faith.

They further said that a survey in this regard has already been conducted, and the government plans to complete the corridor’s construction by next year.

About 2.5 kilometres of the corridor would be built inside Pakistan. It is yet to bee seen how India would react on the possible announcement.

It was former Indian cricketer Navjaot Singh Sidhu, who made the first announcement that Pakistan was willing to open the Kartarpur Corridor. He was passed on this information none other than Army chief General Qamar Javed Bajwa during the swearing-in ceremony of Prime Minister Imran Khan.

Later, Information Minister Fawad Chaudhry announced that a mechanism had already been evolved to allow the Sikh pilgrims to travel to this side of the border without any visa.