No other countr­y had paid a heavie­r price than Pakist­an in the fight agains­t terror­ism, Janjua told US envoy
By Our Correspondent
Published: November 20, 2018
Tweet Email 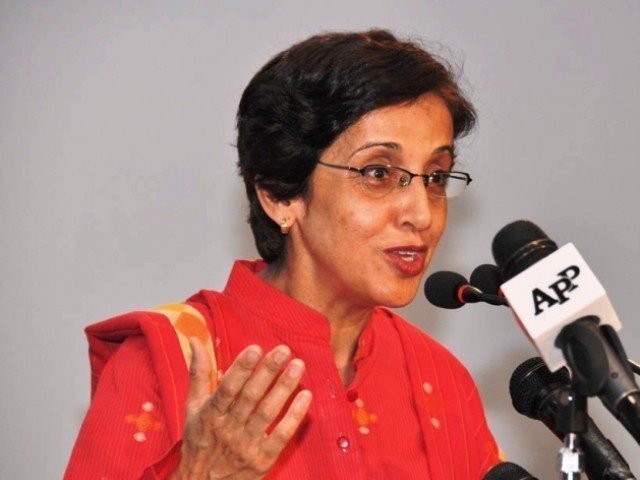 No other country had paid a heavier price than Pakistan in the fight against terrorism, Janjua told US envoy. PHOTO: FILE

ISLAMABAD                      : Foreign Secretary Tehmina Janjua on Tuesday summoned the US envoy Paul Jones at the Ministry of Foreign Affairs in Islamabad to register a strong protest on “unwarranted and unsubstantiated allegations” made against Pakistan by US President Donald Trump.

Conveying her government’s disappointment, the US envoy was told that “such baseless rhetoric about Pakistan was totally unacceptable”.

Rejecting the insinuations regarding Osama Bin Laden, the foreign secretary reminded the US envoy that it was Pakistan’s intelligence cooperation that provided the initial evidence to trace the whereabouts of bin Laden.

Janjua told the US Chargé d’Affaires that, “no other country had paid a heavier price than Pakistan in the fight against terrorism.” The US leadership had also acknowledged on multiple occasions that Pakistan’s cooperation had helped in decimating the core al Qaeda leadership and eradicating the threat of terrorism from the region.

“The US must not forget that scores of top Al Qaeda leaders were killed or captured by active Pakistani cooperation.” She added that Pakistan’s continued support to the efforts of the international community in Afghanistan through ground, air and sea lines of communication was ‘unquestionably critical’ to the success of the mission in Afghanistan.

In the wake of recent US pronouncements to seek a political settlement in Afghanistan, Pakistan and the US were working in close coordination with other regional stake holders in order to end the prolonged conflict.

“At this critical juncture, baseless allegations about a closed chapter of history could seriously undermine this vital cooperation,” the foreign secretary stated.