'Someon­e get this man into Bollyw­ood!'
By Entertainment Desk
Published: November 20, 2018
Tweet Email 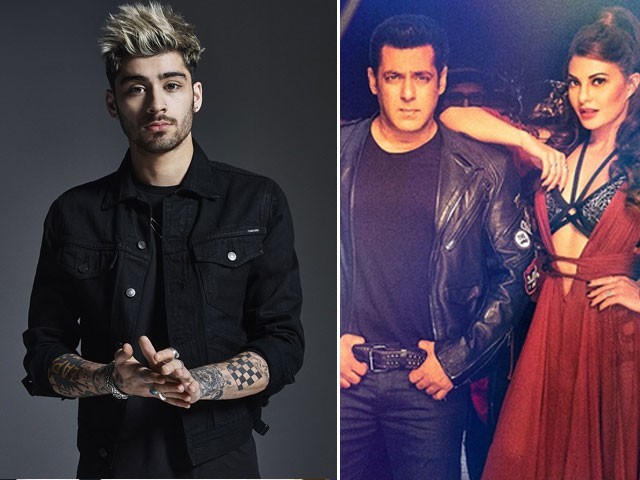 British-Pakistani singer, Zayn Malik has recently been vocal about his roots and his love for Bollywood. The 25-year-old singer is evidently fond of giving his own spin to classic Bollywood songs.

While some might not have worked in his favour (case in point: Allah Ke Banday, Teri Deewani), his recent rendition of Race 3‘s title track is definitely worth a listen.

Allah Duhai Hai has been included in all three installments of the Race franchise with minimal changes. While Zayn’s version of the song might be eerily similar to the original, the three-minute track will keep you hooked.

The Pillowtalk singer almost perfectly nails the song and the Hindi pronunciation with an upbeat tune. And, fans are drooling!

“I have never felt more connected with you than I do today,” a Twitter user, Kavya, wrote. “Your mind is so powerful. You make me so proud to be brown.”

i have never felt more connected with you than i do today. your mind is so powerful. you make me so proud to be brown. pic.twitter.com/0PxbsD7NSO

Some pleaded Salman Khan to get Zayn on board for the series’ next installment. “Salman Khan get Zayn to Bollywood. We all want him in Race 4,” stated a user.

@BeingSalmanKhan get Zayn to Bollywood. We all want Zayn in #Race4

Some didn’t really get the lyrics – or even a word of it – but still loved it!

Me not understanding a single word pic.twitter.com/rtcdZWLMqu

DON'T UNDERSTAND A SINGLE WORD BUT I LOVE IT pic.twitter.com/8RISEj0hX6

SOMEONE TRANSLATE THIS ASAP

DESI FANS FINALLY WE GOT WHAT WE DESERVED

All of Us Now : pic.twitter.com/uMSezplfx5

“There’s definitely a lot of Urdu; some nice qawwali sounds. There might even be some bhangra vibes. I have also worked with AR Rahman on one song,” Zayn earlier said in an interview regarding his upcoming album.

In October, the Too Much star hinted at a possible rendition of local artist Atif Aslam’s famous track, Dil Diyan Gallan from Salman’s another Bollywood thriller, Tiger Zinda Hai.

Interestingly, Race 2‘s version of Allah Duhai Hai was sung by none other than Atif himself.

Now, can we have that collaboration already?