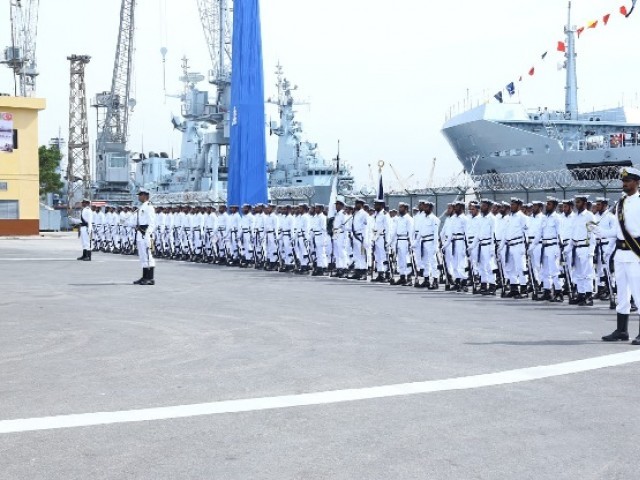 A concluding session of the recently conducted Pakistan Navy’s major maritime exercise SEASPARK 2018 was held at Karachi on Monday with the Chief of the Naval Staff, Admiral Zafar Mahmood serving as the chief guest.

The exercise conducted in North Arabian Sea involved all PN units including, ships, submarines and aircraft along with Special Forces and Marines while PMSA, PAF and Pak Army Air Defence elements also participated in the exercise.

The Chief of the Naval Staff, in his concluding remarks, said contemporary challenges having dimensions of hybrid warfare entail sharp vigilance and constant review of PN operational plans through extensive war gaming and brain storming. He expressed utmost satisfaction on combat readiness of Pak Navy to cope with all external and internal challenges and also lauded the professionalism displayed during the exercise.

Admiral Mahmood also urged upon all to regard this concluding session as a start to the follow-up proceedings which should lead to comprehensive review of the navy’s operational plans by all commands.

The event was attended by a large number of high ranking officers from the three services including reps from various ministries.

Afridi says ‘will not accept any do more demands’