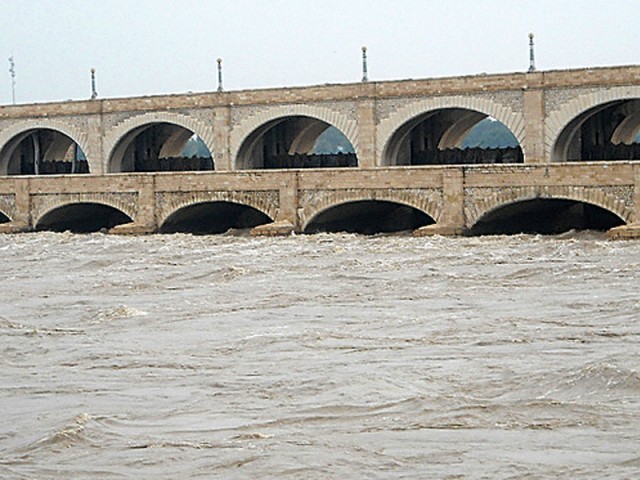 KARACHI / HYDERABAD: The Sindh Action Committee, which is organising a series of protests against the construction of dams on river Indus, took out a rally in Mirpurkhas on Monday. The committee’s convener Syed Jalal Mehmood Shah while addressing the rally bemoaned that while Sindh is being turned dry, a campaign sponsored with millions of rupees’ advertisements has been promoting the dams.

“They are giving an impression that without building dams the future generations will have no water to drink,” said Shah, who also heads the Sindh United Party. He warned that the people of Sindh will not accept the dams on Indus River.

He argued that 70% of Sindh’s economy is dependent on agriculture and a large part of that economy already stands destroyed due to water shortage and mismanagement of the provincial government’s agriculture policies. “On one hand, the federal government has been stealing Sindh’s water through Water and Power Development Authority, while on the other, ordinary farmers in Sindh are being made to suffer from the shortage and whatever little water is available in the system is being used by the provincial ministers and influential politicians.”

Awami Tehreek President Rasool Bux Khaskheli said that the committee wanted to mobilise people against the dams as no more dams are acceptable on the Indus River. “Sindh’s agriculture has been destroyed and the people of this land are suffering from hunger,” claimed Jeay Sindh Qaumi Mahaz Chairperson Riaz Chandio. He claimed that the people from rural Sindh have been migrating to urban areas to find menial jobs for their survival as the agricultural economy continuously faced a downfall. “A human disaster is in the making,” he warned, pointing out that in the current year, drought affected eight districts of Sindh.