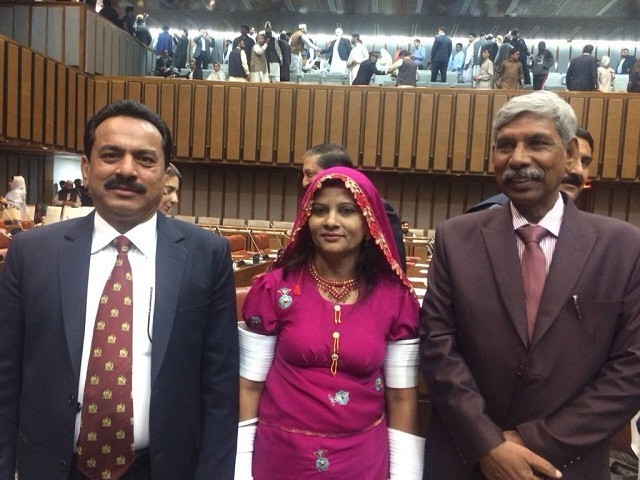 Krishna Kumari Kohli, Pakistan’s first female senator from the Dalit caste, made BBC’s list of 100 inspiring and influential women around the world in 2018.

Back in March, opposition candidate Kohli’s surprise victory stirred a wave of optimism on social media, as Pakistanis celebrated the rare win for a woman from a marginalised community that lies at the bottom of the Hindu caste hierarchy.

“I feel proud, I am thankful to Pakistan People’s Party that they nominated me,” Kohli told AFP.

“Kudos to PPP for electing #KrishnaKohli…. Our parliament should have representatives of all religions, classes & genders in pursuit of true democracy,” tweeted rights activist Jibran Nasir.

Pakistan’s Hindus, who make up around two per cent of the country’s 200 million people, have long faced economic and social  discrimination.

Kohli’s win followed a secret round of voting by members of the parliament and provincial assemblies, in what is largely seen as insider horse trading ahead of elections due this summer.

“Krishna was elected to the Pakistan Senate after campaigning for women’s rights, having previously been forced into bonded labour for three years,” reads the BBC’s website.

The list includes women like Chelsea Clinton, daughter of 2017 US presidential election candidate Hilary Clinton for her work with the Clinton Foundation to Syrian student Nujeen Mustafa who fled the Syrian war in her wheelchair and campaigns for refugees with disabilities.

The news organisation will continue to publish stories and interviews with these women including their answers on what they will be putting in the Freedom Trash Can, a digital bin for all the items women feel hold them back.