Muslims and Jews cook together on Mitzvah Day

Muslims and Jews cook together on Mitzvah Day

Jewish soup also known as 'Jewish Penici­llin' has never been served at a mosque before­
By News Desk
Published: November 19, 2018
Tweet Email 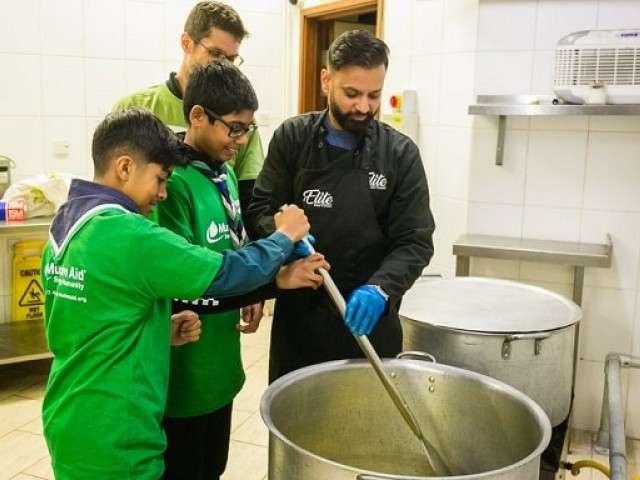 Muslims and Jews cooked together at the East London Mosque to celebrate the Jewish festival of Mitzvah, The Guardian reported on Monday.

The chicken soup which is colloquially referred to as “Jewish penicillin”, is a favorite among the community and is said to have healing properties. However, it has never been served at a mosque before. 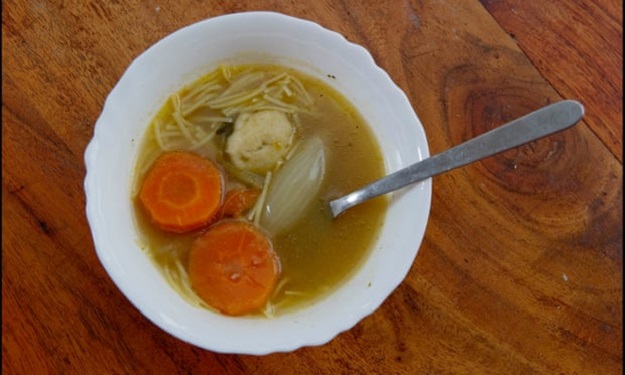 Members of B’nai B’rith and New Stoke Newington organisations as well as Volunteers of Muslim aid, prepared the soup later to be distributed to homeless centres.

Elite Caterers supplied 90 halal chicken for the pot. Events Director of the company, Tahir Iqbal said, “This is a new experience for us. I’ve never made Jewish chicken soup before, but I’ve been practising for two weeks, including on my family.”

“The nearest Asian equivalent was chicken yakhni, a spicy broth,” he added.

Kosher, halal, vegetarian and vegan varieties of the soup were prepared in 20 venues across Germany, Poland, South Africa and Australia as part of Mitzvah day celebrations.

Mitzvah day is a holy festival whereby the social action of the Jewish community is revered by believers and unbelievers alike.

“Chicken soup is the Jewish food of choice,” said Laura Marks, the founder and chair of Mitzvah Day.

“As well as its famed medicinal properties, it has all sorts of emotional properties – friendship, family, togetherness, love, nurture – they’re all in that bowl.”

There was a common perception that Jews and Muslims did not get on, she said.

“But Mitzvah Day is about the common values that underlie both religions – the commitment to social action and social justice. We are both commanded by our faith to do good deeds and contribute to society, ” she said.

“Most of the Jews here today won’t have been in a mosque before, and most Muslims won’t have Jewish friends. But here we are, chopping vegetables together,” she added.

The East London mosque is one of the largest in Europe and three years ago a tiny synagogue was also situated adjacent to it but was later sold to the mosque.

CEO of Muslim Aid, Jehangir Malik reminisced the days of 1930s when the area would be bustling with Jewish people.

Speaking about the cookathon he said that it was, “A wonderful initiative to bring our two communities together in a part of London which is meaningful to both of us and to spread a positive interfaith message around the world.”