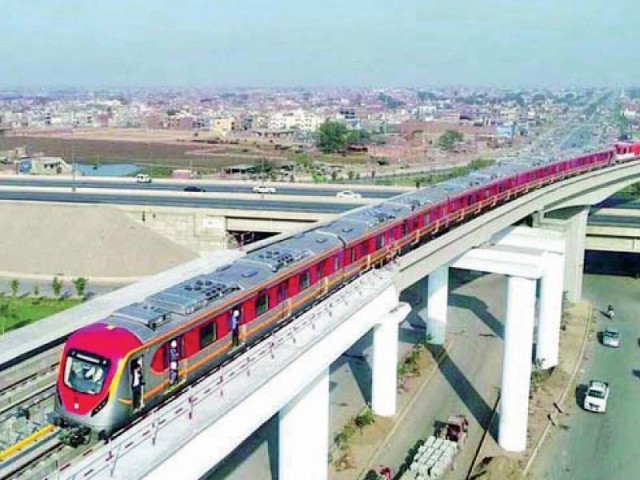 Similarly, at most stations, local contractors are completing works such as fixing of tiles, electrical and mechanical fixtures. An engineering contractor working on the project told The Express Tribune that 100% rail track has been laid, including an underground section on the Mall Road.

He underlined that since it is one of the most complex development projects of the country, both Chinese and local contractors have to face some difficulties. However, both sides are committed to complete the project at the earliest. “As per the Supreme Court of Pakistan’s (SCP) direction, we have aimed at launching commercial operations in July 2019. All development work will be completed by April 2019, after which Chinese engineers will conduct testing and synchronisation of various systems of the project.

Responding to a question, he said that following the change of government nobody asked contractors about the progress on the project. Earlier, meetings of the OLMT steering committee were held on a weekly basis. These meetings provided an opportunity to government, contractors and departments concerned to fix day-to-day issues related to the project. However, now contractors have to run behind government departments and consultants to solve minor problems, he highlighted.

Although contractors want to complete the project at the earliest, they have to face long delays in the release of payments against their bills for completed work. The issue of delay in contractors’ payment was also highlighted in the apex court, but hardly any payment was made since March, he shared. He maintained, however, that the apex court is reviewing progress on the project at regular intervals.

The Punjab government has earmarked Rs34.5 billion for transport and mass transit system in Punjab budget for the current fiscal year 2018-19 of which a lion’s share of Rs33.6 billion will go to the OLMT project.

Initially, the total cost of the OLMT project was estimated at Rs165 billion, including a soft-loan of Rs150 billion through China’s Exim Bank. The previous PML-N government had indicated that the government will pool Rs15 billion through local resources. However, due to litigation, unplanned land acquisition and retendering for remaining works of the OLMT package-2, the local component of the project cost has already been increased by Rs13 billion.