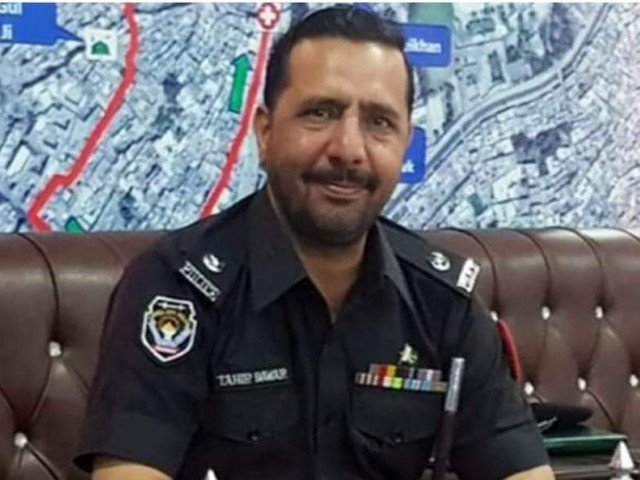 'It's is hoped that Afghan authorities will offer full cooperation in ascertaining circumstances of the murder'. PHOTO COURTESY: TWITTER

PESHAWER: Superintendent of Police (SP) Tahir Khan Dawar was a polite gentleman, a Pashto poet and an efficient and courageous officer.

Born in 1968 in the Khadia Village of North Waziristan, Dawar was recently promoted to the rank of SP, Peshawar (Rural). He had several encounters with terrorists and attempts on his life. He served in Bannu during the years when the entire province and erstwhile Fata was under frequent attacks by the militants.

Dawar completed his matriculation in 1982 and Faculty of Arts (FA) in 1984. He joined the police force as an assistant sub-inspector (ASI) after passing his public service commission exam.

For his outstanding performance in 2011, he was decorated with the Quaid-e-Azam Police Medal—the highest honour for a police officer in the country.

Ahmed Dawar, the brother of SP Dawar, described the gallant police officer as an outstanding man.

“In 2005, he was badly injured during an encounter with terrorists,” Ahmed Dawar told The Express Tribune. “He suffered gunshot wounds to his arm and leg.

“In 2008, a suicide bomber attacked his residence in Bannu, which he survived, but his guard didn’t.”

Ahmed said SP Dawar had once volunteered to supply arms and ammunition to Hawed police station in Bannu. “However, the control room made a mistake and the information was not passed on to the police station. The police fired at him. He suffered a gunshot wound to his right arm due to the confusion.”

Ahmed further said, “Every time Tahir recovered from an injury and rejoined the force, his passion doubled.”

It is learnt that Dawar spent a year in Morocco on a United Nations mission in 2003 and later in Sudan in 2005.

“He was sent to Australia and Romania during his posting in the Federal Investigation Agency,” said Ahmad.

Despite multiple threats from militants, SP Dawar had always been pro-active in performing his duty to establish the rule of law.

“On receiving threats, he exercised great caution by going out of the country for a brief period,” a police official told The Express Tribune. “It was because of these threats to his life that he was transferred to Peshawar where he served as DSP Faqirabad for nearly two years and served in Central Police Office (CPO) before his appointment as SP rural.”

The manner in which Dawar was abducted and then found dead in Dur Baba area of Nangarhar province in Afghanistan shocked the police investigation teams as most of them had not expected him to be kidnapped by militants as he practiced extra caution, added the official.

The police official shared that the SP’s family life was not smooth as his brother’s wife and his brother had been killed by a neighbour over a dispute in Islamabad, but he forgave the murderer.

SP Dawar had seven children, including two sons and five daughters. He was very fond of his two youngest daughters.