The number of dengue patien­ts admitt­ed to the isolat­ion wards at city hospit­als fell below five per cent
By Our Correspondent
Published: November 16, 2018
Tweet Email 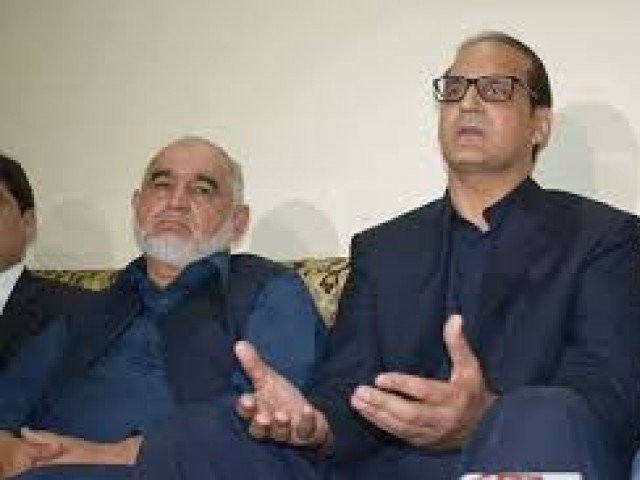 ISLAMABAD / RAWALPINDI: The federal government is working on setting up a health authority for the federal capital as it plans to spend around Rs14 billion to revamp the health infrastructure in the city.

This was stated by Federal Health Minister Aamir Mehmood Kiani while speaking to the media in the capital on Thursday. His comments came a day after the Supreme Court asked the health ministry to submit detailed plans of the hospitals and other health-related facilities being built in the rural areas of the federal capital.

The health minister said that the government will set up a nursing university in the capital at a cost of Rs10 billion to address the increasing shortfall of nursing staff in hospitals.

Moreover, he said that the government will strengthen the nursing council while a task force has been formed for the modern training of nursing staff.

He further said that they will be setting up a 300-bed hospital at Taramri in the federal capital with financial support from the Saudi Arabian government at an estimated cost of Rs2.5 billion.

The government will soon start work on upgrading the Federal Government Polyclinic (FGPC) hospital, he added.

Furthermore, the health minister said that they have started the process of upgrading all basic health units and dispensaries in the federal capital to ensure the provision of best medical care to the citizens. Kiani added that the government plans to upgrade the basic health unit at Tarnol into a trauma centre. The mother and child health centre at Bhara Kahu is also being reopened so that residents in surrounding areas can benefit.

Regarding medical equipment at the largest tertiary care facility in the federal capital, Pakistan Institute of Medical Sciences (Pims), Kiani said that they were providing it with equipment including a 25 new dialysis machines while 250 doctors and nursing staff were being recruited to plug staffing gaps at the hospital.

Moreover, he said that they have changed the out-dated manual registration system at Pims while seating has been arranged for patients. Noting that they were working on turning the federal capital into a model health city, he said that plans were underfoot on boosting health tourism by providing modern health technology to hospitals.

He reiterated the government’s plan to issue health cards citizens, apart from raising the insurance limit offered by the card.

To facilitate visitors and traders, he said that they were working on a plan to establish health desks at all airports, dry ports, seaports and other entry points of the country. Apart from facilitating visitors, these desks will keep watch on the viruses and infectious diseases being brought into the country.

He added that while the government has imposed new taxes on tobacco, they planned to further enhance it apart from taking steps to stop illicit tobacco business.

Improving healthcare: Health card scheme to be expanded to 30m families next year

As the weather turns colder following a couple of light showers in the twin cities of Islamabad and Rawalpindi, the number of dengue cases being reported to hospitals have seen a marked decrease. Hospital officials expect to declare an end to the dengue epidemic in the city’s isolation wards from next week.

The number of dengue patients admitted to the isolation wards at Holy Family Hospital (HFH), Benazir Bhutto Hospital (BBH) and the District Headquarters Hospital (DHQ) fell below five per cent. Health officials that owing to the weather turning cold, the number of dengue infections have fallen. They added that the dengue mosquito was now seeking the warmer environs indoors to breed, hence the citizens were advised to regularly use mosquito repellents and anti-mosquito spray in their houses.

Even with the dengue epidemic subsiding, isolation wards will continue to operate, accommodating patients afflicted with other infectious diseases such as flu, pneumonia and other diseases.