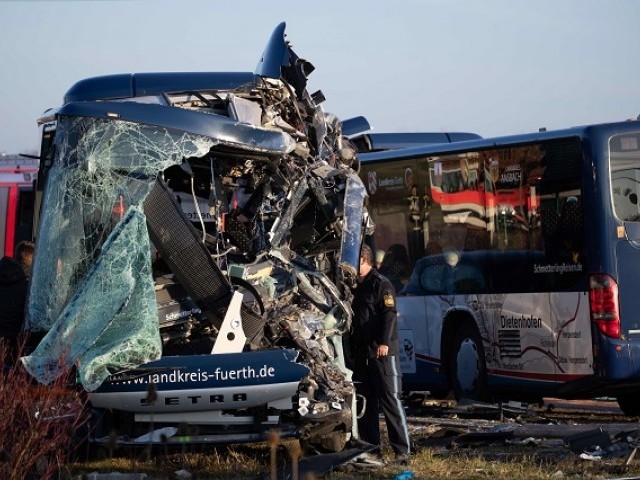 Members of the emergency services work at the scene near Ammerndorf, southern Germany where two school buses collided head-on, leaving around 40 children and adults injured, five of them seriously, police said. PHOTO AFP

After the bus crash a car also ploughed into the accident site in the Fuerth district near Nuremberg in the southern state of Bavaria.

Up to 18 feared dead in German bus accident

Three ambulance rescue helicopters and a police chopper were deployed along with scores of emergency services personnel.

Fire-fighters used metal-cutting equipment to free at least four people who were trapped in the crumpled wreckage of the vehicles.