It’s not the poor who support militants: Report

It’s not the poor who support militants: Report 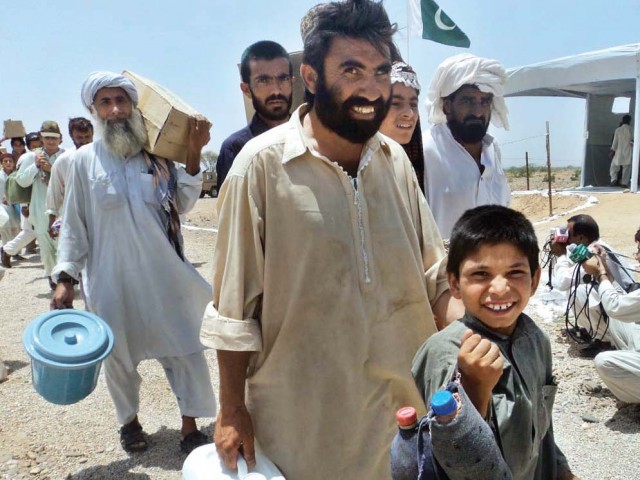 People displaced by militancy in South Waziristan return to their homes. The report on the relation between poverty and militancy said extremist elements are not supported by the deprived segments of society. PHOTO: APP

A new academic study titled ‘Poverty and Support for Militant Politics: Evidence from Pakistan,’ shows that contrary to conventional wisdom, there is little evidence that poverty is a root cause of support for militancy.

The survey, by four academics from Princeton University, Georgetown University and the University of Pennsylvania in the US, interviewed 6,000 people across a broad range of income groups and geography in Pakistan.

The general belief, reflected in the “aggressive” policies of countries like the US and UK, is that poverty is a root cause of support for militancy, or at least that poorer and less-educated individuals are more susceptible to get taken into militancy.

“Drawing on this perception, policies intended to combat militant violence have focused on using aid to reduce abject poverty and move people into the middle class. However, the study reveals three key patterns: First, Pakistanis, especially those from areas where most attacks have occurred, do not support militant organisations – a fact that might come as a surprise for those with an international perspective of Pakistan.

Second, poor Pakistanis dislike militant groups more than the middle-class. Third, this dislike is strongest among the “poor urban residents” as they  are the ones most affected and exposed to terror attacks.

“Their findings could challenge the way we approach fighting terror, not just in Pakistan but around the world … Perhaps our focus should be on the middle classes or on secular education,” wrote journalist Farid Zakaria of the CNN. The CNN reports that out of the total $20 billion in aid given to Pakistan by the US, one-third of it – about $6 billion – goes into economic and social development.

Zakaria added that Washington needs to focus on who to give economic aid to and what is the best way to create a climate less conducive to extremism. “Let’s at least focus on accountability for this aid – for both hard and soft aid. We need to demand results. What is the money achieving?”