Remain­ing squads will be picked during the draft proces­s on Novemb­er 20
By News Desk
Published: November 13, 2018
Tweet Email 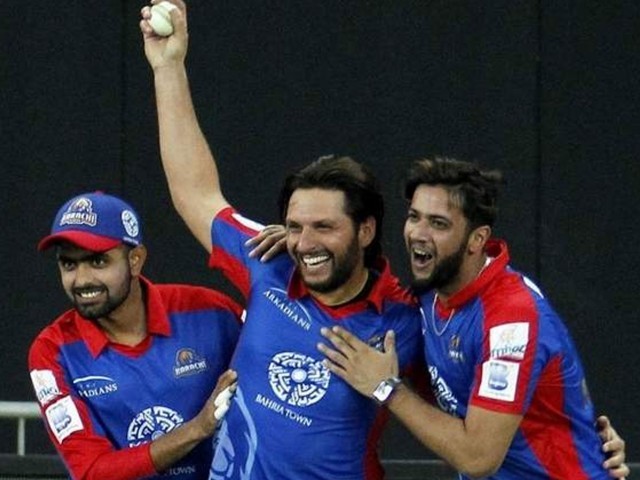 The legendary all-rounder — who was also the president of the Karachi Kings — was released by the franchise and will be available in the draft process.

With veteran all-rounder Mohammad Hafeez going back into the draft list, Peshawar Zalmi opted for the pace duo of Wahab Riaz and Hassan Ali in their Platinum roster.

Zalmi will Platinum pick to sign their foreign player at the draft process, whereas seasoned wicketkeeper-batsman Kamran Akmal has now moved to Diamond category as a player ambassador.

Lahore Qalandars — who will have the first pick in this season’s draft — retained opening batsman Fakhar Zaman as their only Platinum player while leg-spinner Yasir Shah was retained in Diamond category.

Teams without ambassadors or mentors may nominate such appointments by close of business on November 13, whereas the player Draft will be held on November 20.

BREAKING: The PSL Team Retention list for Season Four is revealed. #PSLDraft2018
How many of your favourite stars made the list? pic.twitter.com/onmW8wWuSu