Aaj News’ Talat Hussai­n, Raza Agha and anothe­r Pakist­ani Nadeem Khan have been throug­h hell and back. They will have...
By Fahd Husain
Published: June 4, 2010
Tweet Email 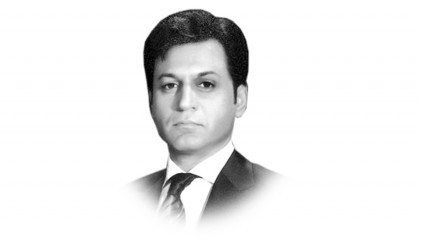 The writer is Director News for Express News and 24/7 (fahd.husain@tribune.com.pk)

Aaj News’ Talat Hussain, Raza Agha and another Pakistani Nadeem Khan have been through hell and back. They will have stories to tell.

These stories will most likely cover two broad angles. First, the personal experiences of these three Pakistanis, two of whom are top-notch journalists. Second, the larger debate, our perceptions of Israel as a US-backed bully wreaking havoc in a volatile region. This particular angle will now have a new twist: we’ve always seen Israel and its brutalities through the Arab prism, but now for the first time, we will hear this through a Pakistani narrative couched in a Pakistani context. This could in fact turn out to be a turning point in the way we’ve always perceived Israel, and may give us a deeper, broader and perhaps a more sophisticated understanding of why we should like Israel even less.

In other words, public opinion in Pakistan may swing to a greater extreme against Israel. Here’s why: In 2005 we came dangerously close to being friends with the Jewish state. Our unofficial contacts with Israel go as far back as the 1950s. The venue for hush-hush meetings between Pakistani and Israeli officials has always been in New York where the UN headquarters are housed. Successive Pakistani officials at the UN mission, as well as others with the embassy and consulate have engaged with the Israelis with full consent of their governments. Israel has always perceived Pakistan as a key non-Arab Muslim country which should be wooed diplomatically in a bid to break its isolation within the Islamic world.

Since the 1967 Arab-Israeli war, and Pakistan’s closeness to the Arab world during the Zulfikar Bhutto years, our public opinion has been virulently anti-Israel. But Israel has not directly affected Pakistan in any significant way. It’s too far away, and its brutal policies have no immediate bearing on Pakistan or its citizens. Our hatred is emotional, academic and borne out of pan-Islamic sentiments.

The Pervez Musharraf years saw Pakistan’s foreign policy becoming less emotional and more focused on our perceived national interests. The ‘Pakistan-first’ slogan also meant that we would be ready to shake hands with anyone as long as it served our interests. A somewhat similar change had happened in the US when the Nixon-Kissinger team had swept into the White House and discarded the sweeping anti-communist ideological policy in favour of a colder rational outlook. This led to the groundbreaking visit by Richard Nixon to China, in which Pakistan had played a key role.

Musharraf saw better ties with Israel as a means to increase Pakistani influence in Washington. His logic was that the powerful Israeli lobby could do wonders for Pakistan among the Americans and reap diplomatic windfalls for us. In 2005 when he visited the US for the UN General Assembly session, Musharraf took a risky step. He attended a dinner in his honour by the American Jewish Congress, a powerful platform for Israelis and the Jewish-American community. I was there at that dinner and vividly remember long-bearded rabbis raising a toast to Pakistan. It was a sight to behold.

At that moment, in that brightly lit hall in the five-star hotel in New York’s famous Times Square, Pakistan and Israel had come closest to each other than they ever had since they became independent nations in 1947 and
1948 respectively.

That was then. This is now. If that was one extreme, we’re about to see the other extreme when Talat Hussain begins to tell his story. In New York in September 2005, Israelis raised a toast to a Pakistani president. In Beersheba in June 2010, Israelis threw three Pakistanis in their prison. Personal contact makes all the difference — whatever the situation.