Says Pakist­an to receiv­e $1 billio­n from Saudi Arabia within a couple of days
By News Desk
Published: November 10, 2018
Tweet Email 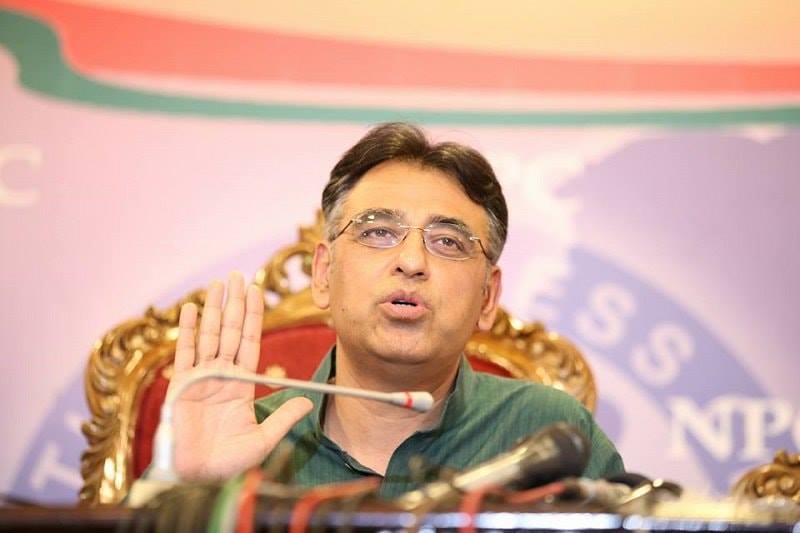 Finance Minister Asad Umar on Saturday stated that the amount of the International Monetary Fund (IMF) bailout package had not yet been finalised.

The government is yet to determine the amount to be sought from the global lender,” he apprised industrialists.

Umar added that the country will receive a sum of $1 billion from Saudi Arabia within a couple of days.

Addressing the Overseas Chamber of Commerce, he added that about 97,000 Pakistanis have properties in other countries.

The minister remarked that notices are being issued to foreign property holders and legal action shall follow.

IHC serves notices on law and IT ministries

Furthermore, the finance minister called for improvement in the government’s tax collecting machinery to boost revenues. He emphasised that a provision of subsidies is not a solution to the problem. He continued that tax courts are being established for the speedy trial of such cases, adding that cases involving Rs1,300 billion of tax money are currently under trial.

FM Umar regarded Financial Action Task Force as a serious issue and said there’s hope for progress in the matter by January. He also commented that money laundering has caused immense damage to the country.