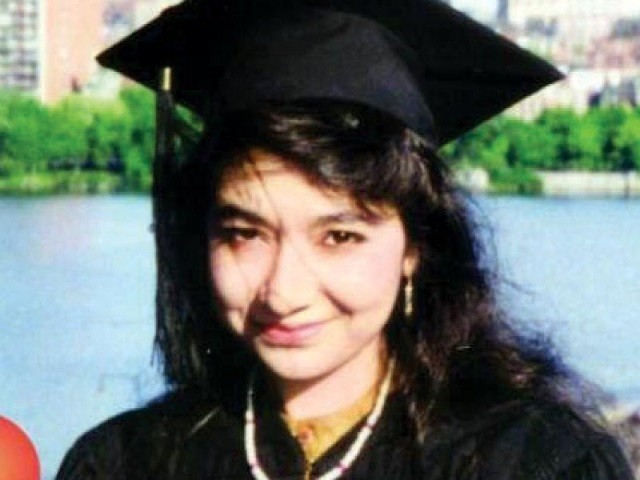 ISLAMABAD: The Foreign Office on Thursday said that Pakistan raised the issue of Dr Aafia Siddiqui during the recent visit of senior US diplomat Ambassador Alice Wells.

“We have highlighted our position through a detailed press release. I also tweeted on the same issue and reiterated it in my opening remarks today. As you are aware, it is a very sensitive issue and we are treading very carefully in the matter,” Foreign Offices spokesperson Dr Muhammad Faisal told reporters at the weekly briefing.

Aafia, who has been serving an 86 years imprisonment in the US for allegedly attacking the US soldiers in Afghanistan and having links to Al Qaeda, recently wrote a letter to Prime Minister Imran Khan, seeking his help for her release.

Commenting on the recent US report on Afghanistan, the spokesperson said the findings highlighted the increasing ungoverned spaces in the war-torn country.

“Pakistan has always raised its concerns regarding the worsening security situation in Afghanistan, as we are directly affected by the situation,” he said.

“These are utilised as sanctuaries by terrorist elements which cross into [our country] for terrorist activities. There is an urgent need to curb these notorious elements,” the spokesperson added.

The spokesperson also confirmed that Pakistan would be attending the talks on the Afghan peace in Russia known as “Moscow Format on Afghanistan” on Friday.

“Pakistan has been participating in this process since its inception. This time our Additional Secretary (Afghanistan & West Asia) will lead the Pakistani delegation to the meeting,” Faisal said.

He said Pakistan always maintained that the most viable solution to the conflict in Afghanistan was in an Afghan-led, Afghan-owned peace process.

“In this regard, it can be expected that this meeting would contribute towards developing regional consensus in support of the Afghan peace process,” he said.

Both Afghanistan and the US are staying away from the Moscow parlays, casting doubts over the efficacy of the initiative.

The spokesperson said Pakistan also took notice of a first “deterrence patrol” of an Indian nuclear submarine and subsequent “self-congratulatory messages in India”.

“The development marks the first actual deployment of ready-to-fire nuclear warheads in South Asia which is a matter of concern not only for the Indian Ocean littoral states but also for the international community at large,” Radio Pakistan quoted Dr Faisal as saying.

India had said that its first domestically built nuclear-powered submarine had recently completed a “deterrence patrol”, giving it the capability to fire nuclear weapons from land, air, and sea in the event of any “misadventure” by enemies.

“The bellicose language employed by the top Indian leadership highlights the threats to strategic stability in South Asia and raises questions about responsible nuclear stewardship in India,” the Foreign Office spokesperson said on Thursday.

“Pakistan is committed to the objective of strategic stability in South Asia and believes that the only way forward for both countries is to agree on measures for nuclear and missile restraint,” he said.

“At the same time no one should be in doubt about Pakistan’s resolve and capabilities to meet the challenges posed by the latest developments both in the nuclear and conventional realms in South Asia,” the spokesperson asserted.

“The world community should step forward to stop India from using lethal weapons, pellet guns and brute force against innocent civilians in the held valley,” he said.