Trump mocks losing Republican candidates for shunning him during campaigns

Trump mocks losing Republican candidates for shunning him during campaigns

Trump is not on the ballot in the midter­ms, where entire House of Repres­entati­ves and third of Senate are for grabs
By AFP / Reuters
Published: November 7, 2018
Tweet Email 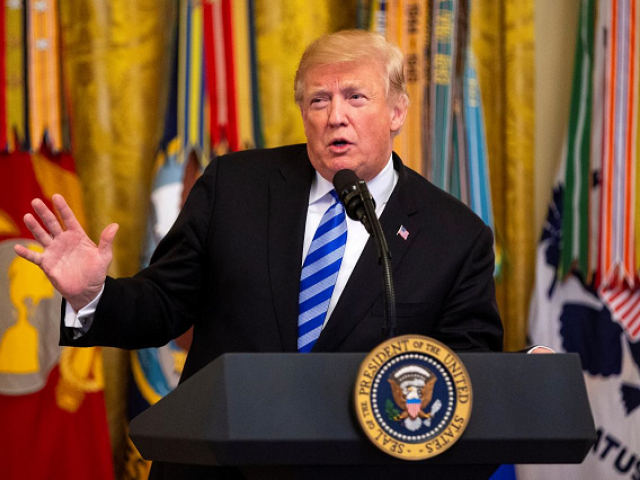 WASHINGTON: US President Donald Trump on Wednesday mocked Republicans who avoided campaigning with him before congressional elections and who were not elected during their races, referencing a list of candidates by name.

“Those are some of the people who decided for their own reason not to embrace – whether it’s me or what we stand for,” Trump told reporters. “They did very poorly. I’m not sure that I should be happy or sad but I feel just fine about it.”

Trump is not on the ballot in the midterms, in which the entire House of Representatives and a third of the Senate are up for grabs.

But in a hard-driving series of rallies around the country, the most polarizing US president for decades has put himself at the centre of every issue.

With a characteristic mix of folksiness, bombast and sometimes cruel humour, he says voters must choose between his stewardship of a booming economy and what he claims would be the Democrats’ extreme-left policies.

He leaned into the theme of robust economic stewardship in a Fox News op-ed that said the US “has the best economy in the history of our country — and hope has finally returned to cities and towns across America.”

But as he touched down in Indiana for the second leg of his tour, Trump was sanguine about the possibility of a Democratic victory in the House.

“We’ll just have to work a little bit differently,” he told reporters when asked how it would affect his presidency.

The bid to make it all about Trump is a gamble, as is his growing shift from touting economic successes to bitter — critics say racist — claims that the country is under attack from illegal immigration.

In the run-up to Tuesday’s vote, Trump has sent thousands of soldiers to the Mexican border, suggested that illegal immigrants who throw stones should be shot, and told Americans that the Democrats would turn the country into a crime-and-drugs black hole.

That worked for Trump in his own shock 2016 election victory.

But the angry tone has turned off swaths of Americans, giving Democrats confidence that they could capture at least the lower house of Congress, even if the Republicans are forecast to hold on to the Senate.

Trump, Democrats in frenzied final push ahead of US elections

The Democrats rolled out their biggest gun in the final days of the campaign: former president Barack Obama, who on Sunday made a last-ditch appeal for an endangered Senate Democrat in Indiana.

Laying into the tangled legal scandals enveloping the Trump administration — especially the possible collusion between his presidential campaign and Russian operatives — Obama scoffed: “They’ve racked up enough indictments to fill a football team.”

And describing the election as even more consequential than his own historic 2008 victory as the first non-white president, Obama said more than politics is at stake.

“The character of our country’s on the ballot,” he said.

The party of a first-term president tends to lose congressional seats in his first midterm. But a healthy economy favours the incumbent, so Trump may yet defy the historical pattern.