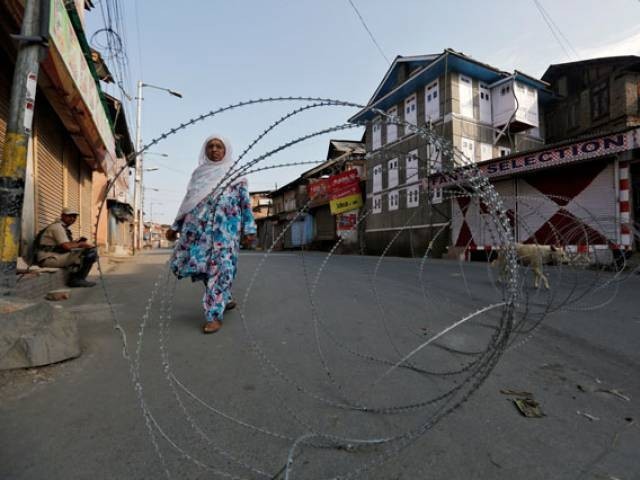 MUZAFFARABAD: Overseas Kashmiris on Tuesday submitted a report by the United Nations High Commissioner for Human Rights on rights violation in Indian Occupied Kashmir (IOK) to a Portuguese MP for being presented in the Portuguese parliament.

The delegation submitted the report on Kashmir to the Portuguese MP and urged her to raise the Kashmir issue in parliament along with other MPs.

Mano assured the delegation that she would raise the issue in the parliament’s human rights committee. She said she would approach her country’s foreign ministry to put pressure on India for stopping the human rights violations in IOK.

The MP assured the delegation that her country would support Kashmiris’ genuine struggle for the right to self-determination. “It is our duty to support the people of Jammu and Kashmir as per the UN resolutions so that they can decide about their future,” the MP added.

Fahim Kayani thanked the MP for her support on the Kashmir issue. He said that Portugal is an important member of the UN, noting that the incumbent UN Secretary General Antonio Guterres is the former premier of Portugal.

He said Pakistan believes in a political and peaceful settlement of the Kashmir issue for bringing security and stability in South Asia. He claimed that India had turned down the offer of dialogue form Pakistan to settle all bilateral issue including the Kashmir dispute.

The UK president of the Tehreek-e-Kashmir termed the submission of the UN report in Portuguese parliament for debate as a big victory for Kashmiris and Pakistanis.