'Pakistan's balance of payments crisis is over - for now'

'Pakistan's balance of payments crisis is over - for now' 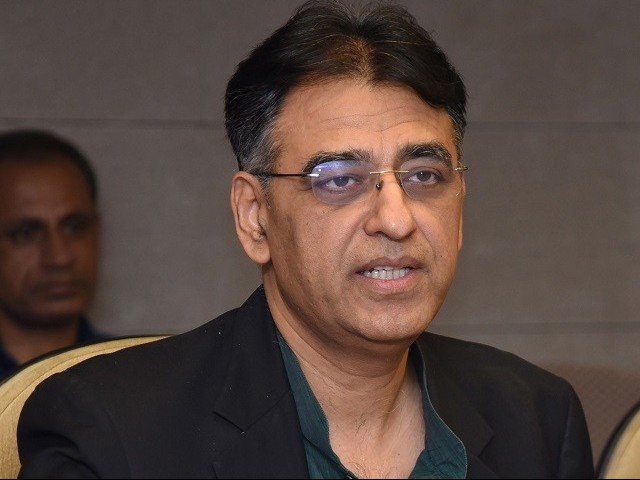 ISLAMABAD: Minister for Finance Asad Umar on Tuesday proclaimed that Pakistan has overcome an “immediate balance of payments crisis”.

“Saudi Arabia is supporting Pakistan with $6 billion whereas exports are also likely to witness a big jump during this year; therefore, it is hoped that Pakistan would be able to overcome the balance of payment issue once for all,” the minister said.

He was briefing the media about the prime minister’s recently concluded visit to China. The minister was flanked by Minister for Foreign Affair Shah Mehmood Qureshi.

Umar said Pakistan was earlier facing a $12-billion financing gap for the current fiscal year 2018-19 and added that China, in principle, has agreed to immediately provide financial support for Pakistan.

Umar said that access to the Chinese markets would also help double Pakistan’s exports in the current fiscal year, which would provide long-term solution to Pakistan’s balance of payments issue.

The minister said the government is taking strong measures to boost the country’s export which is a major element in bridging the trade gap.

Responding to a question with regard to expected inflow of financial support from China, he said discussion on the matter between the two sides are still in progress and a high-level Pakistani delegation comprising State Bank of Pakistan governor, finance secretary and other senior officials would hold a meeting with the Chinese side on November 9 in Beijing to discuss the matter.

“We have given subsidy on gas and electricity to the export-oriented private sectors, besides reducing electricity price on agriculture tub-wells,” he said, adding that due to measures, taken to increase the export, it is hoped that by the end of current fiscal year, the country’s exports would be double as compared to the preceding year.

He said use of the local currencies in trade between China and Pakistan would benefit the private as well as public sector as China offers subsidised foreign exchange rates when the two countries trade in local currencies.

The foreign minister besides signing 15 bilateral agreements and memorandums of understanding (MoUs) during the visit, the leadership level discussions on bilateral ties to regional and international matters of mutual interest, remained very productive.

Highlighting the main features of agreements and MoUs, he said it was decided to upgrade the current Pak-China strategic dialogue to the level of foreign ministers, besides enhanced cooperation in the areas of defence, security and terrorism.

The foreign minister said since one-third of the country’s population was living below the poverty line, the MoU on poverty alleviation would help Pakistan benefit from the experience of China, which had retrieved its 700 million people from poverty over the last 30 years.

Similarly, he said, another MoU on agricultural cooperation was aimed at transfer of technology from China to Pakistan, which would help enhance “our agricultural productivity”.

The foreign minister said the two sides decided to complete bilateral negotiations on the second phase of Free Trade Agreement (FTA) by April 2019.

The foreign minister said it was discussed how the Pakistani workforce could be strengthened and enabled through skill-development for their utilisation in the CPEC projects. The discussions also covered fast-tracking of the development of Gwadar deep sea port, he added.

Foreign Minister Qureshi while replying to a question said Federica Mogherini, High Representative of the European Union for Foreign Affairs and Security Policy, wanted to visit Pakistan for strategic dialogue between Pakistan and the EU.

He said relations with the European Union was very important as the EU was also a vital trading partner of Pakistan and her visit would be beneficial for the country.

To a question about the visit of Ambassador Alice Wells, the United States Principal Deputy Assistant Secretary of State for the Bureau of South and Central Asian Affairs, the foreign minister said during the talks, both sides discussed bilateral relations, besides enhancing trade between the two countries.

He said the Deputy Assistant Secretary of the US State Department would also visit Pakistan to discuss energy cooperation between the two countries.

These, he said, were indications of ending up of stalemate in relationship between the two countries.

Govt under fire in Senate for ‘surrendering to rioters’