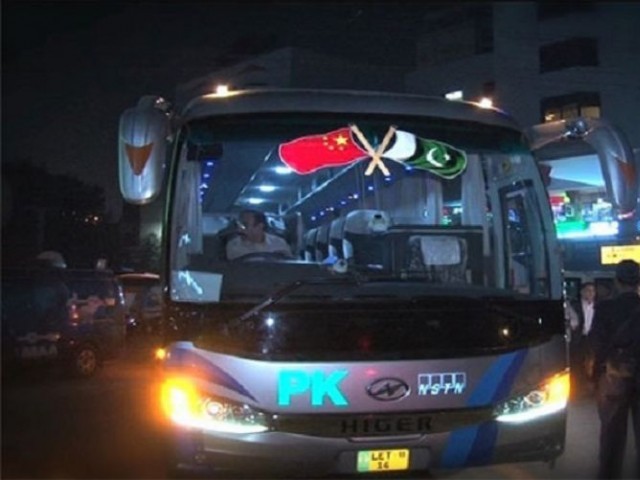 A bus service between Lahore and Kashgar, aiming to boost accessibility for the business community, was launched late Monday.

According to Radio Pakistan, the initiative will connect Pakistan and China via road under the China-Pakistan Economic Corridor (CPEC). Passengers will require a valid visa and ID card to travel.

Kashgar bound bus has left on its maiden journey from the Lahore and will take 36 hours to reach Chinese province Xinjiang.
The bus service is part of the initiative to connect Pakistan and China via road under #CPEC and will be a boon for the business community. pic.twitter.com/GXWRi3C8CQ

In a tweet, the government’s Press Information Department said the Kashgar-bound bus had left for its maiden journey from Lahore. “[It] will take 36 hours to reach Chinese province of Xinjiang.”

It added that the service was part of the CPEC initiative and will be a “boon for the business community.”

The fare costs Rs13, 000 for one-way and Rs23, 000 for two-way ticket. The bus service is being operated by a local transport company. The journey will have five stopovers before crossing over to China from Khunjerab. The bus will run four days a week – Saturday t0 Tuesday from Lahore and Tuesday through Friday from Kashgar.