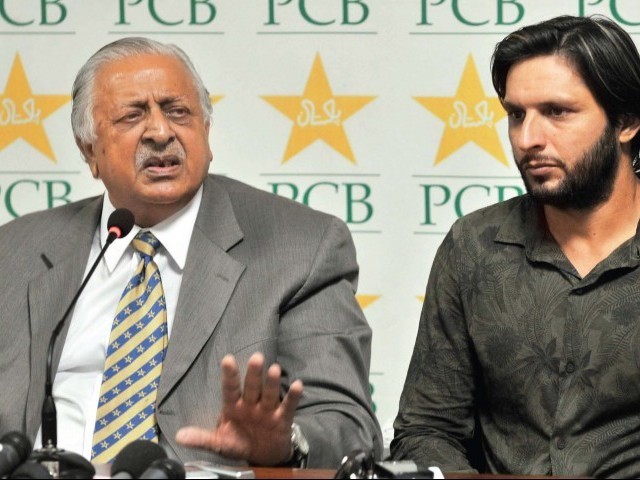 In the fight between Shahid Afridi and Ijaz Butt, there should be only one winner, and it isn’t Butt.

In Pakistan cricket, the term ‘player power’ is hurled as an insult towards cricketers who are perceived as working against the interests of the team. It is true that in the past, players have formed cabals to get their way, as with the betrayal of former captain Younus Khan. Shahid Afridi, however, does not fall under that category. In retiring from cricket and publicly expressing his displeasure with the Pakistan Cricket Board (PCB) at a press conference on June 6 and filing a case in the high court a day later, Afridi will have the backing of all well-wishers of Pakistani cricket. Yes, Afridi transgressed when he criticised coach Waqar Younis, but stripping him off the captaincy of the ODI team was a disproportionate punishment. For the good of the team, the PCB needs a shake-up, starting from the very top with Chairman Ijaz Butt, and lessons in how to manage its players.

The case for Shahid Afridi is simple: He has been a successful captain of a very weak Pakistan team. He took us to the semi-finals of the World Cup, beating the mighty Australians and Sri Lankans in the process. He then nabbed a series victory in the West Indies. Throughout this period, his bowling has been outstanding — he was the leading wicket-taker in the World Cup. Afridi is a vital member of the ODI team and to lose him because the PCB does not treat its player with respect would be tragic.

Another important factor in arguing Afridi’s case is his honesty. A recent investigation into illegal gambling on cricket by Sports Illustrated India revealed that even bookies think Afridi is incorruptible. Given the match-fixing scandal that has blighted Pakistan in the last year, we need more players with integrity. The PCB chairman reacted to the match-fixing scandals with petulance, blaming the English for also being corrupt and had to deliver a groveling apology when threatened with a lawsuit. Under his watch, cricket has disappeared from Pakistan thanks to terrorism, players are unhappy and Butt himself has become a laughing stock of the cricket world. In the fight between Shahid Afridi and Ijaz Butt, there should be only one winner, and it isn’t Butt.