Will we ever learn?

Will we ever learn?

PM may have taken a bold & courag­eous stand but in realit­y his admini­strati­on has done exactl­y the opposi­te
By Kamran Yousaf
Published: November 5, 2018
Tweet Email 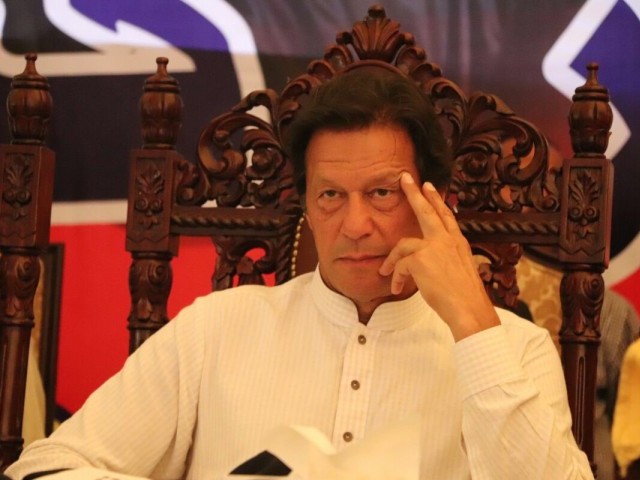 It was August 2009 when I had an encounter with Miangul Aurangzeb, the last crown prince of the scenic Swat Valley at the residence of former foreign minister Gohar Ayub Khan in Islamabad. I went to interview the son of former military ruler General Ayub Khan for a documentary on the Western fears of extremists getting their hands on the country’s nuclear weapons. The fears stemmed from the rapid rise of Taliban, who even took control of Swat, once known as a hub for tourists. Miangul Aurangzeb had to flee like tens of thousands of other natives of Swat to safety because of the growing rise of the Taliban. When I asked Miangul that what had gone wrong in Swat, his instant response was that the crisis was our own making. Expanding his point, Miangul told me that it was in early 2007 when he started receiving complaints from locals about the activities of the Taliban in the valley. At the start they were only a handful of people trying to enforce their version of Islam on locals. Miangul went to the local police station to seek action against those miscreants. But to his utter shock, the SHO of the police station told him that he had instructions from high-ups not to touch the Taliban. According to Miangul, the issue of Talibanisation could have been dealt by an SHO had the authorities acted swiftly. But apparently the situation was allowed to deteriorate to the extent where Army troops had to be called in. Only recently the military authorities finally handed over the control of Swat to civilian administration but not before paying a heavy price both in terms of men and material.

The story of Lal Masjid that was the scene of a bloody showdown in July 2007 and was not different either. When stick-wielding Madrassa students of Lal Masjid started asserting their version of Islamic code in nearby markets, the authorities looked the other way round. Like Swat, the Lal Masjid issue could have easily been handled by the local police and administration, a fact admitted by Chaudhry Shujaat Hussain, who was part of frantic efforts to resolve the issue peacefully. Both Swat and Lal Masjid episodes are classic examples that how we turned mere administrative problems into national tragedies. The hope, though, was we would learn from those follies. Sadly, that was not to be the case.

It was exactly a year ago when Khadim Hussain Rizvi led a march from Lahore to Islamabad to protest against the proposed amendment to oath of office of the parliamentarians. He was an unknown quantity then. There were not more than 2,000 people that gathered at the Faizabad intersection, one of the main arteries of Islamabad connecting the capital with rest of the country. No one knew that a handful of people would paralyse the government for three weeks and make Pakistan a laughing stock in the world. The State instead of acting and establishing its writ signed a deal with the people who should have been put behind bars. That let- off, whether it was deliberate or just a case of incompetence, has now emboldened the extremist group to the extent that our entire state machinery clearly seems helpless. Prime Minister Imran may have taken a bold and courageous stand but in reality his administration has done exactly the opposite—bowing to the extremists. No sane voice can advocate the use of force but if this country is to be governed by the Constitution then those who openly incited people to violence, issued death threats to superior court judges and sought revolt in the military should have been taken to task. The state, however, has done otherwise, leaving the country at the mercy of fringe elements.

A vacuum of information