Big consum­ers can be select­ed for instal­ling these meters which can save money
By SYED AKHTAR ALI
Published: November 5, 2018
Tweet Email 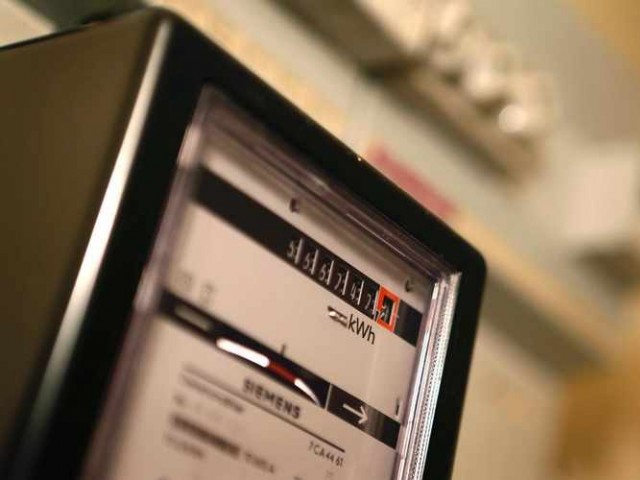 ISLAMABAD: After a lapse of a number of years, the smart meters’ project has emerged again without any required adjustment of the stakeholders.

The motivation behind installing the smart meters is primarily to control and prevent theft and receivables. Smart meters enable a utility to monitor online consumer meters, penalise defaulters, cut-off connection or release it.

Meters are read automatically without meter readers, which in advanced countries is a major motivation for installing smart meters.

Smart meters are expensive and more so as things are generally, as we see in most of the power and energy projects. Our resources are limited and there are other priorities in the power sector such as expanding the transmission and distribution system.

Stakeholders, therefore, demanded a more cost-effective approach in the project design. It was because of that reason the project suffered from delays in approval.

The lending agency did not show much sensitivity to concerns of the stakeholders and did not rectify the project. Resultantly, the sponsoring ministry also went slow on it and decided to close the project.

With the change in government, the lending agency has managed to revive interest in the project. We would like to make some suggestions here to improve the project, make it cost-effective and enlarge its impact to the entire country instead of being limited to the areas covered by just two companies.

The project, being funded by the ADB, costs $800 million and covers the best companies of Lesco and Iesco, but the coverage is not complete. There are three major issues – selection and prioritisation of companies and consumers, costs and technology. The major problem is the project design. It is aimed at covering all consumers indiscriminately, irrespective of the size or potential to achieve the objectives and selects wrong companies.

Instead of selecting high loss-making companies, Iesco and Lesco have been selected where losses are much lesser than those in problem companies like Mepco, Pesco, Hesco and Sepco.

With a selective approach, one could have a higher outreach and coverage with the same amount of money and resources and would be able to achieve targets in lesser time of say three years than the current design which appears to have no target or thinking about the outreach, effectiveness and time.

For example, in the case of Lesco, more than 65% of domestic sales in terms of units are made to the small consumer category of up to 300 units. Only 30% of the domestic consumers may thus be selected for the installation of smart meters, which can be a big saving.

All categories of industrial customers and tube wells are to be covered 100% due to their size and consumption. It is more profitable and convenient to contractors than to the consumers and utilities, it is widely believed. Under the current project design, it may require in excess of $5 billion and a period of 10 years to have countrywide coverage. Also, the unit cost is too expensive at $150 – $50 for a meter and $100 for installation.

It is true that final prices would depend on the bidding – the reference prices affect the bidding outcome and should not be too outlandish.

In India, the theft and loss problem is even more severe. It has 250 million consumers and losses are more than 21% amounting to $44 billion.

Cost effectiveness is a must, especially, that smart meters may not be able to eliminate all theft such as illegal connections (kundas) and due to law and order issues.

Another approach for cost-effectiveness could be limiting the installation to distributed transformers, which may enable the companies to close on the defaulting areas. This may reduce the project cost and may provide coverage to the entire country in a matter of two to three years.

There are communications technology issues as well which would have to be reviewed. The main issue is mobile/cellular technologies vs others. Mobile technologies make it much simpler and shift the responsibility of operations and maintenance to the mobile companies which are much more organised and efficient. However, it adds up to the operations cost.

Other technologies require capital expenditure and make utilities responsible for their maintenance.

Decision-makers should not totally depend on the advice of lending agencies and should use their own mind as well, keeping in view the peculiar circumstances in the country. We are suffering from a circular debt of Rs1.3 trillion and utilities are in weak financial conditions.

Cost-effectiveness and target achievement should receive utmost consideration. About 5,000 megawatts of generation capacity is reportedly unutilised due to lack of concomitant transmission and distribution and capacity payments are being made. Such is the magnitude of the issues. A review and revision of the project design is in order.

What can Malaysia offer Pakistan?