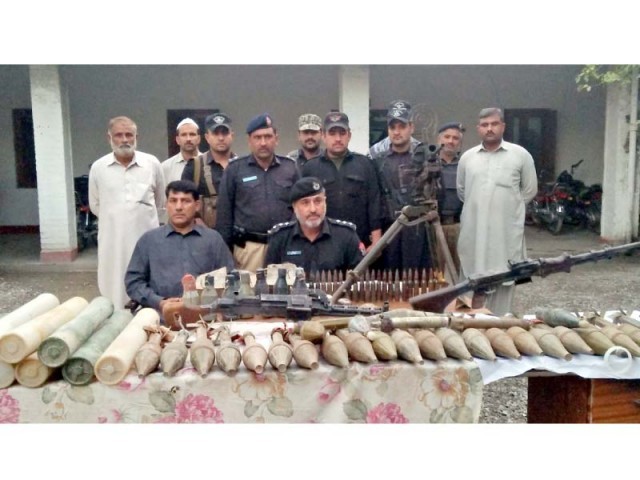 SDPO Riaz said that his informer told him that huge amount of ammunition has been dumped in Mia Essa Graveyard by unidentified terrorist for an act of terrorism.

Acting on the intelligence report, Riaz said, he ordered a police party to raid the identified spot. Once the grave was opened, police found arms and ammunition neatly packed in plastic bags.