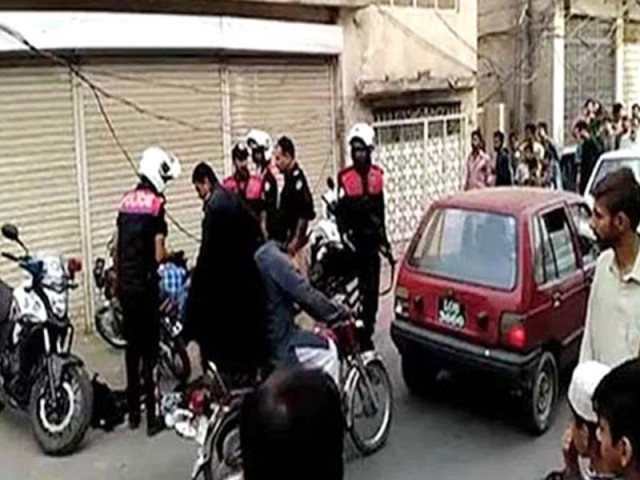 The knife-wielding Lahore resident then attacked one of the police officers, causing injuries to him. SCREEN GRAB: EXPRESS

Reports had come in that a teenager was going around threatening citizens with a knife.

Upon hearing this, the special force reached the scene and tried to disarm the youth by aerial firing, but to no avail.

The knife-wielding Lahore resident then attacked one of the police officers, causing injuries to him. The personnel fired at the assailant, who received a bullet to the chest and died on the spot.

The attacker’s body was shifted to the Jinnah Hospital where it was revealed that he suffered from mental illness.

Authorities claimed four other citizens had sustained injuries from the knife attack.

Later, the residents surrounded Dolphin Force personnel and protested against them for killing the youth.

According to senior superintendent police (SSP) Mustansir Feroz, the police officer had opened fire on the assailant to protect himself.

He added that the police officer has been shifted to a hospital with an investigation underway into the matter.