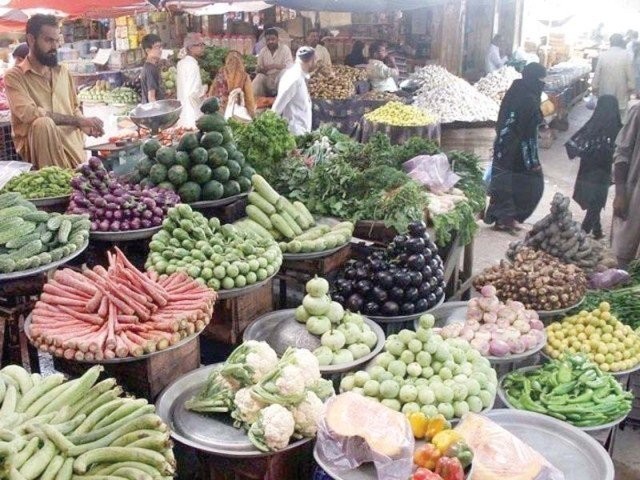 Reading inches up to 8.2% compared to 8% in September. PHOTO: FILE

ISLAMABAD: The interest rate is bound to rise further in the next monetary policy announcement as core inflation inched up further to a four-year high of 8.2% in October 2018, according to data released by the Pakistan Bureau of Statistics (PBS) on Friday.

The 8.2% core inflation is slightly lower than the key discount rate of 8.5% that the State Bank of Pakistan (SBP) announced in September for a period of two months. The narrowing gap between the key interest rate and the core inflation may lead to another round of interest rate hikes in the current fiscal year.

Even the headline inflation, measured by the Consumer Price Index (CPI), jumped 7% in October – the highest pace in the past four years and beating expectation of less than 6% inflation.

The worrying inflation reading points towards the unofficial estimate made by the International Monetary Fund (IMF) that inflation in Pakistan would reach close to 14% by the end of current fiscal year in June 2019.

A further increase in the interest rate will make it more challenging for Prime Minister Imran Khan to achieve his goal of constructing five million homes at affordable costs. 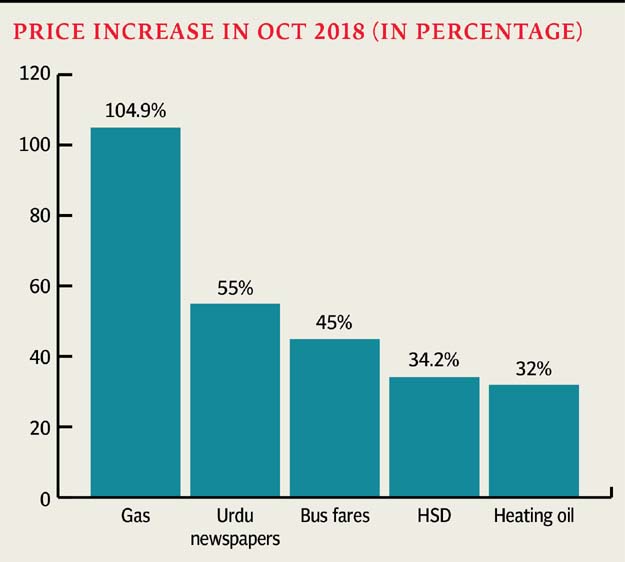 The headline inflation soared 7% in October, which was significantly higher than expectation. Key factors behind the 7% inflation were increase in prices of oil and gas, said the PBS National Accounts’ acting member.

Overall, prices of the housing, water, electricity and gas group increased by one-tenth. The group has a 29.4% weight in the overall inflation basket – the second largest group after food.

Cost of educational services increased 11.5% and Urdu language newspaper charges rose 55% on the back of currency depreciation and increase in the paper cost. Transport group prices surged 18.6% compared to the same month a year ago.

Due to overall inflationary expectations, prices of almost every commodity increased in October, except for some perishable food items. The health cost increased over 9%, followed by nearly 7% rise in prices of clothing and footwear.

Inflation is inching up, particularly from March 2018 onwards. So far, the average inflation in first four months of the current fiscal year (Jul-Oct 2018) stood at 6% as compared to 3.84% in the corresponding period of previous fiscal year. The central bank has also been continuously adjusting its inflationary forecast and lately revised it upwards to 7.5%.

According to minutes of the second last monetary policy committee meeting held in July, the SBP said the headline inflation was expected to rise due to a spillover impact of the ongoing fiscal expansion, potential pass-through of the most recent exchange rate adjustments and the impact of higher inflationary expectations as reflected in the core inflation.

After July, the government has also levied more regulatory duties in addition to letting the rupee depreciate further against the US currency. The impact of these measures will be more visible in coming months.