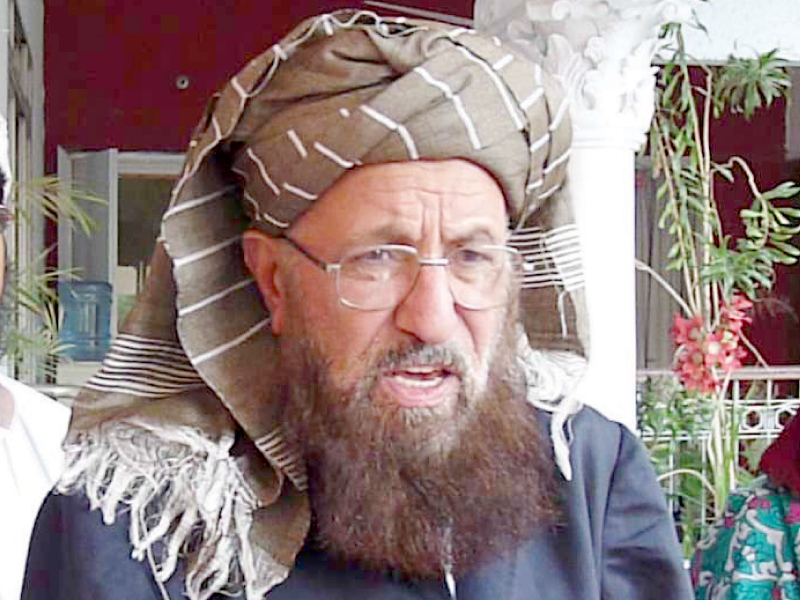 As the tragic news of JUI-S chief Maulana Samiul Haq’s assassination broke, an outpour of condolences was witnessed on social media.

Haq, a prominent scholar and former senator, was stabbed multiple times inside his house on Friday.

Prime Minister Imran Khan, who is currently in China on an official visit, denounced the killing and ordered an inquiry into the incident and bringing those responsible to justice.

The Prime Minister has expressed sympathy and solidarity with his family. #MaulanaSamiulHaq pic.twitter.com/bNzVBAYuwc

Prominent political and religious leaders, also, strongly condemned the killing and demanded to bring the culprits to justice.

Brutal murder of Maulana Sami ul Haq – utterly condemnable. What is happening to us as a people – such violence, such brutality? Sad indeed.

CM Punjab @UsmanAKBuzdar has expressed deep sorrow and grief over the martyrdom of Maulana Sami-ul-Haq.
CM Punjab expressed sympathy with the bereaved family.

He has directed to investigate the incident and bring the perpetrators to justice. #MaulanaSamiulHaqpic.twitter.com/kKN2mzrLkF

I am extremely distressed & upset at the assassination of Moulana Sami Ul Haq. May his soul rest in peace. The murderers must be arrested!

I am deeply saddened by the tragic assassination of #MaulanaSamiulHaq. Pakistan has lost an important religious and political figure. The killers and their masterminds must be arrested forthwith.

إنا لله وإنا إليه راجعون!
Stunned at the cold blooded murder of #MaulanaSamiulHaq
May Allah grant him the highest state in Jannah.
The murderers will and must be brought to justice.
Extremely devastating.