Pakistan’s horticulture exports to China have potential to reach $1b

Pakistan’s horticulture exports to China have potential to reach $1b 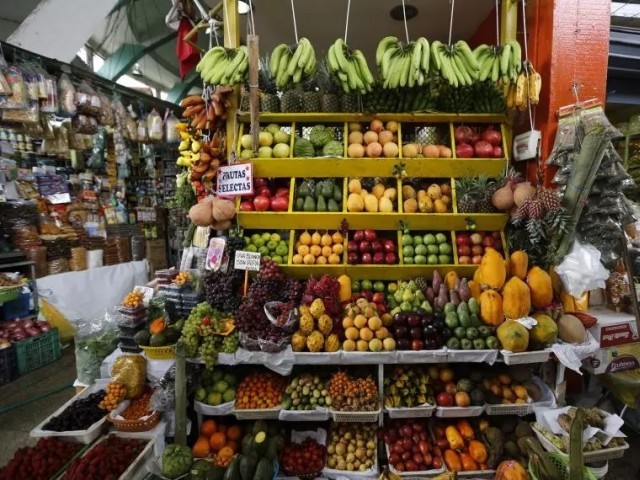 KARACHI: All Pakistan Fruit and Vegetable Exporters, Importers and Merchants Association (PFVA) has extended recommendations to the government regarding the horticulture sector ahead of the prime minister’s visit to China.

PFVA Patron-inChief Waheed Ahmed said that the sector’s exports to China have the potential to reach $1 billion.

Adviser to Prime Minister on Commerce Abdul Razak Dawood has reached out to different industries and gathered input from stakeholders for their improved performance and enhanced exports.

Ahmed, who also happens to be Vice President of Federation of Pakistan Chambers of Commerce and Industry (FPCCI), said that the government, through the adviser, has expressed interest to identify ways for promotion of Pakistan’s fruits and vegetables. “During his visit to the FPCCI, he informed that prime minister will be visiting China and requested for input and market access of fruits and vegetables to China,” said Ahmed.

Ahmed added that a comprehensive document of proposal including the fruit and vegetable sector has been submitted to the adviser for further discussion by the PM during his visit. “I have been contacted by the adviser’s office following our proposal submission,” Ahmed appreciated. “The government seems serious and I am hopeful that it will move in the right direction.”

According to the vice president, there exist bright chances for enhancement of horticulture trade between the two countries under the Belt and Road Initiative (BRI).

Pakistan can export fruits, vegetables and value added products worth $1 billion to China in the next five years. Using BRI roads and ports infrastructure, which could help widen Pakistan’s access to new markets, the sector has estimated exports skyrocketing to $2.5 billion, from current $608 million, within five years.

A research-based proposal has been prepared with assistance from China.

According to Ahmed, the development of this proposal will steer technology transfer from China to Pakistan in the sector under consideration. Ahmed emphasised joint bilateral collaboration of private sectors for treatment of agriculture-related diseases.

Provision of quarantine facilities in the special economic zones for the purpose of raising horticulture trade with the South Asian giant has also been suggested.

“An opinion has also surfaced to inculcate awareness about Chinese quarantine regulations and export model among Pakistani exporters,” the PFVA official stressed. “To ensure speedy clearance of trade cargo at Pakistani sea ports, assistance from the Chinese authorities has been sought so that the perishable cargo can effectively be transferred with minimal delay from sea ports to the vessels and go-downs.”

A proposal was also extended to conduct trade in Chinese currency for decreasing dependence on American dollar. In the proposal, the government has been asked to convince its Chinese counterparts to allow Pakistani agricultural products at all ports in China via land and sea routes.