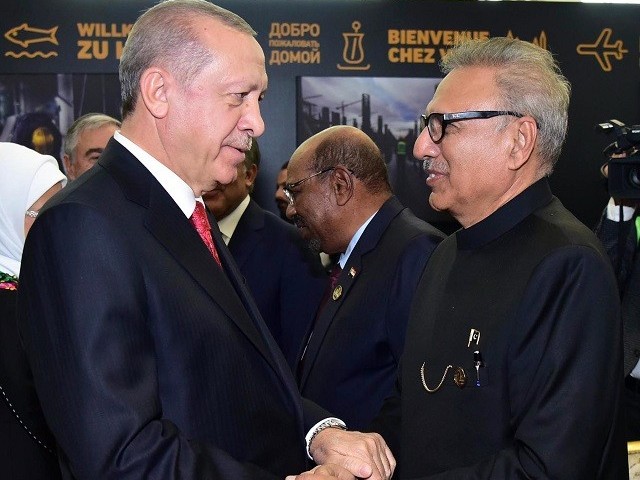 President Arif Alvi lauded the recent measures taken by the Pakistan Tehreek-e-Insaf government and said the economy will improve under the incumbent set-up, reported Radio Pakistan on Tuesday.

Pakistan will not establish ties with Israel: President Alvi

In an interview with a private Turkish news channel, Alvi praised the PTI government’s performance since coming to power.

The president is in Istanbul on an invitation by Turkish President  Recep Tayyip Erdogan. He inaugurated Istanbul’s new international airport and held bilateral meetings with Erdogan and other leaders invited for the ceremony.

Alvi said the Saudi government’s aid package to Pakistan is a great achievement of the government and similar agreements with China and Gulf countries are expected in addition to an International Monetary Fund (IMF) bailout.

Turkish firm to invest $330m in setting up plant in Pakistan

Praising bilateral ties between Pakistan and Turkey, the president said both countries enjoy a historical bond and have together made huge efforts towards peace and stability.

He added the world should recognise and acknowledge the sacrifices made by Pakistan and Turkey to end the menace of terrorism.