Would not negotiate secretly with Israel, says Fawad after reports of 'Israeli' aircraft in Pakistan

Would not negotiate secretly with Israel, says Fawad after reports of 'Israeli' aircraft in Pakistan 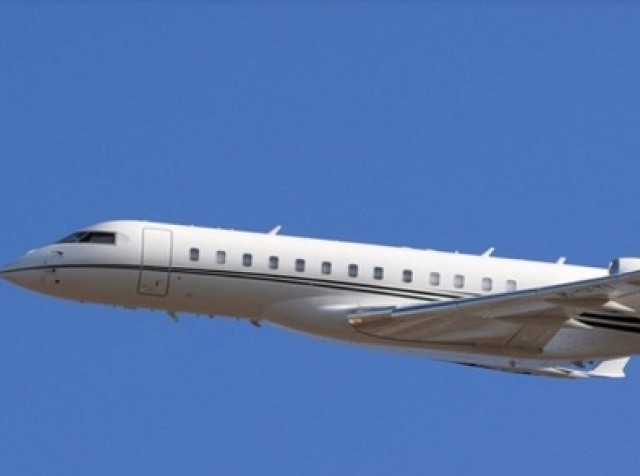 Information Minister Fawad Chaudhry on Saturday said the country would not negotiate in secret with either Israel or India after sections of the media reported the alleged arrival of an ‘Israeli’ business jet at Islamabad International Airport (IIA).

Reports emerged on social media on Friday evening regarding the presence of a suspected Israeli aircraft at Islamabad airport. The aircraft reportedly spent 10 hours at the airport. The information was obtained by flight tracking website Flight Radar.

“We will not negotiate secretly with either Modi or Israel,” the information minister said on Twitter in a reply to PML-N leader Ahsan Iqbal’s tweet asking for clarification regarding reports of an Israeli official’s visit.

The Civil Aviation Authority (CAA) also denied reports of the presence of an Israeli aircraft in Pakistani airspace or at any of the country’s airports and termed the reports “totally baseless”.

Speculation was rife after an Israeli journalist tweeted that an Israeli business jet flew from Tel Aviv to Islamabad on a cleared flight plan after making a brief stopover at Amman.

Israeli bizjet flew from TLV to Islamabad, #Pakistan , on the ground 10 hours, and back to TLV.
Cleared flight-plan with usual 5min groundtime trick in Amman
M-ULTI glex pic.twitter.com/haHn1NU73L

In a further series of tweets, the journalist clarified that he was not 100 per cent sure if the plane landed in Islamabad.

He added that the plane, after taking off from Tel Aviv and making a stopover in Amman, switched over to a different air traffic control (ATC) frequency and overflew the Kingdom of Saudi Arabia. The aircraft’s track was lost over the Gulf of Oman. It later reappeared on Flight Radar and was descending towards Islamabad using the same ATC frequency.

After descending to 20,000 feet from an altitude of 40,000 feet, the plane disappeared from the flight tracking website again. It later reappeared 10 hours later heading south-west from Islamabad on the same track back to Amman and then to Tel Aviv.

The aircraft in question was a Canadian manufactured Bombardier Global Express with the serial number 9394, reported BBC Urdu. It was registered on February 22. 2017, in the self-governing British territory of Isle of Man. It is registered to a company called Multibird Overseas Ltd.

As the two countries do not maintain diplomatic relations, aircraft registered in either country cannot enter each other’s airspace. The bilateral relations between Pakistan and Israel have varied between non-recognition to some cooperation during the Soviet invasion of Afghanistan.