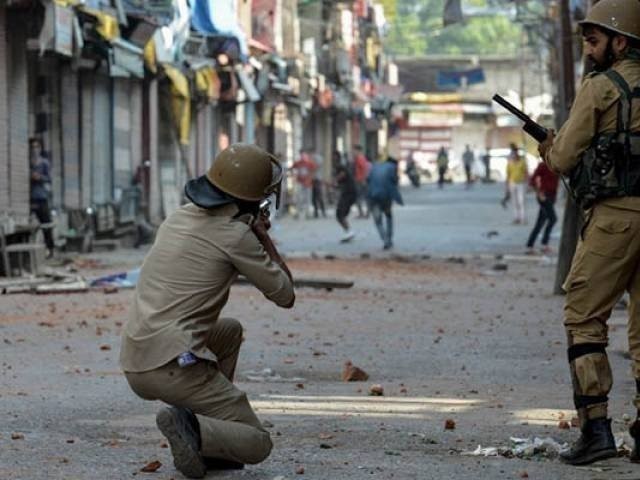 Kashmiris on both sides of the Line of Control (LoC) are observing a Black Day against Indian occupation of the valley, Radio Pakistan reported on Saturday.

President Dr Arif Alvi and Prime Minister Imran Khan, in their messages, extended “unflinching diplomatic and political support” for the cause of the Kashmiri people.

‘KLC must play a vibrant role in Kashmir struggle’

The president paid homage to the sacrifices of the Kashmiri people and reaffirmed his support for their “lawful right to self-determination”.

He further added that the “United Nations Security Council through several of its resolutions, has validated the Kashmiris’ right to decide their future through a fair and impartial plebiscite”.

The PM also reiterated his commitment for the cause and added that the day marked a tragedy in the history of South Asia. He called for the immediate implementation of the recommendation to set up a UN Commission of Inquiry to investigate human rights abuses by Indian occupying forces.

The day is being observed with a complete shutdown in the Indian occupied Kashmir and rallies in world capitals.