We can’t end smog but can reduce it: PEPD spokesman

We can’t end smog but can reduce it: PEPD spokesman

Offici­al says to deal with issue brick-kilns have been shut down for 70 days
By APP
Published: October 25, 2018
Tweet Email 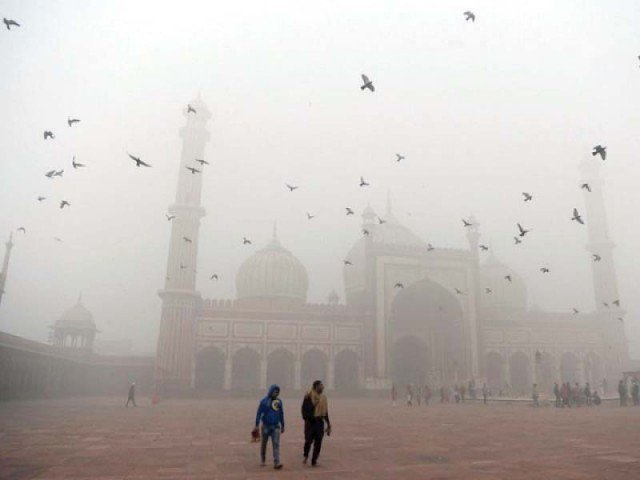 LAHORE: The Punjab government has started taking solid measures to combat smog and brick-kilns have been shut down for 70 days from October 20 to December 31, Punjab Environmental Protection Department Spokesman Naseemur Rehman told APP on Wednesday.

He said that the ban on traditional brick-kilns would help promote new cleaner ones under zig-zag technology and it could reduce pollution up to 70 percent. He added that the International Centre for Integrated Mountain Development, a Nepal-headquarters non-governmental organisation, carried out a two training programme on the technology for kiln owners in Pakistan, aiming to reduce smog and climate-changing emissions. “But, converting a conventional kiln to the new technology costs $15,000 to $20,000 which is a hefty investment.”

Rehman said that the zigzag technology was environmental-friendly and energy efficient. The technology uses 30 to 40 percent less energy than traditional kilns, and cut the cost of bricks produced by up to half, he said. “Smog is a particular problem from late October through mid-January in Pakistan and we are unable to end smog at all but we are trying to reduce it through steps at all levels,” he said.

The EPD spokesman said that the government was going to establish 11 air monitoring stations in and around the city. “From which three stations have already been activated in Gujranwala, Faisalabad and Multan whereas eight stations would be set up in the city area, ” he said.

Hospitals have been directed to set up special smog desks from where citizens could get help in smog-related issues. He said that masks would also be provided from these desks,” he added.

“A smog monitoring station is also being established at the border near Barki to monitor air pollution coming from the neighbouring country,” he said. “An awareness campaign will soon be launched in this regard,” he added. Semab Akhtar, an environment expert, said that the new technology had benefits for kiln owners as well as including cost and time savings, and a reduction in substandard bricks produced. He added that closure of kilns would help reduce smog but other industries needed attention too.