'Every eighth woman is at risk of cancer'

'Every eighth woman is at risk of cancer' 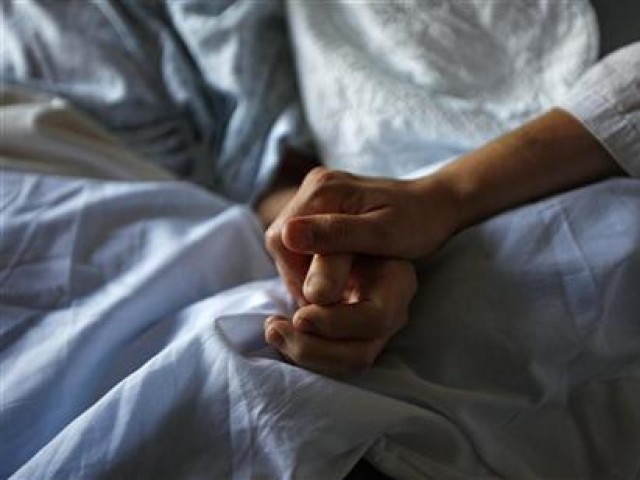 A woman holds the hand of her mother who is dying from cancer during her final hours at a palliative care hospital. PHOTO: REUTERS

Experts have called for raising awareness on cancer, particularly breast cancer, to help prevent its incidence and save some 100,000 lives the disease reportedly claims annually.

They claimed that half of all women who die from breast cancer do so due to poor access to adequate treatment.

This was disclosed at a seminar on cancer at the Shaheed Benazir Bhutto University (SBBU) in Peshawar on Wednesday.

Experts said that a majority of cancer cases were discovered among middle-aged people who are over 40 years-of-age, adding that Asia tops the list for cancer.  Of the different variations of the disease, breast cancer’s prevalence was around 42 per cent.

In Pakistan, the ratio was particularly alarming with around 35 per cent of women — or one in three cancer patients —suffering from breast cancer at some point in their life.