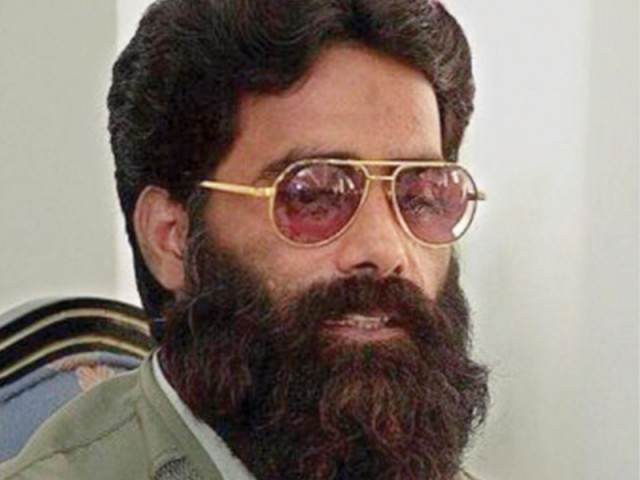 Ilyas Kashmiri, one of the most active al Qaeda leaders in Pakistan, had convened a special meeting in the Data Khel area of North Waziristan Agency a week ago to constitute a special squad that would be tasked with avenging the death of Osama bin Laden.

According to intelligence reports seen by The Express Tribune, the head of the fearsome 313 Brigade of the Harkatul Jihad al Islami called a meeting of several Tehreek-e-Taliban Pakistan (TTP) commanders to create the “Laskhar-e-Osama” which would be tasked with carrying out suicide bombings throughout Pakistan, including some high-profile targets. Kashmiri was reportedly killed in a US drone strike in South Waziristan on Friday.

Besides Kashmiri, TTP commanders Asmatullah Maavia, Amjad Farooqui, and Badar Mansoor, among others,  attended the meeting. The three commanders were assigned territories to conduct bombings in. Mansoor was tasked with targeting Lahore and southern Punjab, while Farooq was told to carry out attacks in Islamabad and Azad Kashmir.

Intelligence agencies were able to collect information about the secret meeting, according to sources familiar with the matter, adding that they were also told that Kashmiri had moved his location away from Data Khel. Information about possible attacks has been forwarded to law-enforcement agencies throughout the country. Security officials have been told to beef up protective arrangements at the possible target sites.

Among the attacks planned by the group were strikes against diplomats and embassies in Pakistan, including those from the United States, China, Saudi Arabia, and the United Arab Emirates. The militants reportedly planned to target the US embassy in Islamabad with high explosives.

Other plans included procuring large quantities of poison, presumably to be mixed with food supplies for Nato troops that pass through Pakistani territory. The plan called for abducting the drivers of Nato supply trucks and then mixing the poison in with food supplies.

Among the Pakistani targets on the militants’ list were high-profile security officials and the Pakistan Ordnance Factories in Wah, the nation’s leading production facility for ammunition. Visiting Chinese dignitaries were also reported to be targets. Possible means of delivering explosives included motorcycle rickshaws.

Two other intelligence reports reveal that Saudi and UAE diplomats have come under threat in recent weeks. In particular, one report stated that “Saudi diplomats in Islamabad are very much concerned about their security,” fearing that they may be targeted by al Qaeda militants seeking to avenge Bin Laden’s death, who was stripped of his Saudi citizenship in 1994.

Another report stated that “The UAE Embassy in Islamabad has received threats from some unknown miscreants. Further details are not yet available.”

In what appears to be an attempt to carry out a sustained campaign against the Pakistani military, intelligence reports indicate that militant groups based out of Orakzai Agency plan to attack other military and important civilian installations across the country. Possible targets mentioned in the report include the Karachi port, the Karachi airport, oil terminals and naval bases throughout the country.

Ilyas Kashmiri was one of the most feared militants in Pakistan. He had started off as a member of Harkatul Mujahideen before branching off to create his own Harkatul Jihad al- Islami (HuJI). He also created the feared 313 brigade, a band of militants whose name is a reference to the Battle of Badr, when Islamic Prophet Muhammad (pbuh) fought and won a battle against over 1,000 Makkan pagans with just 313 Muslim fighters.