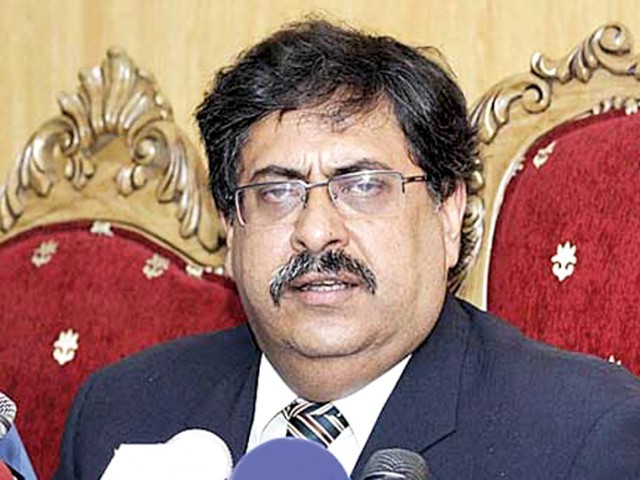 Justice Nisar has convened a meeting of the Judicial Commission of Pakistan (JCP) in his capacity as JCP chairman on November 1 to consider the appointment of IHC puisne judge Justice Athar Minallah as new IHC chief justice, according to a statement issued by the Supreme Court on Tuesday.

Earlier, Justice Shaukat Aziz Siddiqui was the senior puisne judge of the high court but he was removed by the SJC in a case of misconduct.

Last week, the Islamabad Bar Council (IBC) wrote to the JCP, the Parliamentary Committee and the CJP on appointment of judges that in the light of the Al-Jihad Trust case judgment, the senior puisne judge of the IHC may be appointed as the next chief justice of the high court.

Moreover, the IBC passed a resolution requesting the JCP not to appoint any judge from any provincial high court as IHC chief justice. The bar council, the regulatory body of the lawyers, demanded that the vacant posts of judges in the IHC should also be filled by members of the bar.

In case, the JCP appoints a lawyer from a province as IHC judge, a suitable candidate from Islamabad bar may also be posted as judge to the high court of that particular province.

Justice Minallah belongs to Khyber-Pakhtunkhwa (K-P) province. Moreover, he is the judge who authored the order to suspend the conviction of Sharif family members in an ongoing graft case.

Reacting to the development, Pakistan Bar Council Vice Chairman Kamran Murtaza expressed satisfaction over the nomination of Justice Minallah as new IHC CJ. Murtaza hoped that there would be proper representation of Balochistan lawyers in the apex court and the IHC.

After the retirement of Jusice Kasi, three seats of judges will be vacant but there will be no judge from the province of Balochistan and Sindh.

Justice Qazi Faez Isa, who is from Balochistan, has been working as a Supreme Court judge.

War against polio in the final round