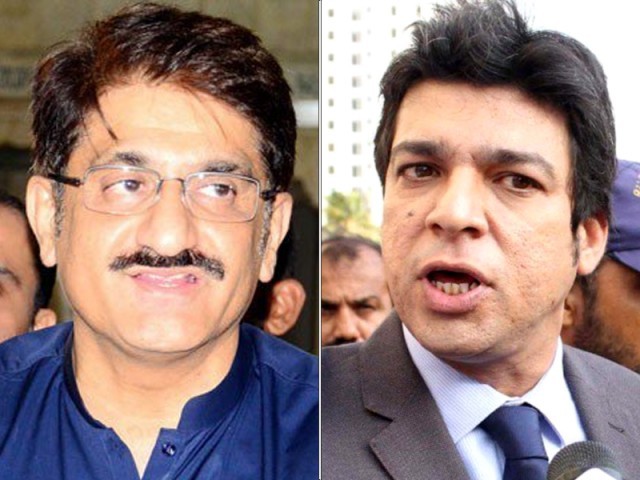 Hitting back at the federal minister for water and power resources, Faisal Vawda for threatening to cut Sindh’s water, Chief Minister Murad Ali Shah has said the former can be given the job of a valve man if he is interested.

Last week, Vawda had threatened to cut Sindh’s share from the Indus river, ‘if the Sindh government failed to stop water theft from the Hub canal in Karachi’.

Speaking to reporters in Sukkur on Tuesday, Shah said those talking about abolishing the 18th constitutional amendment were living in a fool’s paradise, Express News reported.

The Pakistan Tehreek-e-Insaf (PTI) leader is also a strong and vocal critic of the 18th amendment that empowers provinces of the country.

“Vawda’s threat on cutting Sindh’s water is incomprehensible. However, if he’s in need I am ready to give him the job of a valve man,” he was quoted as saying.

The chief minister said that details sought by Chief Justice of Pakistan Mian Saqib Nisar regarding works and services among other government departments have been provided. However, giving a 10-year record of the provincial government is not an easy task and will take time, he added.

Vawda, while talking to the media during a visit to Darawat dam – a rain-fed water reservoir – in Jamshoro district on October 15, had warned the Sindh government against ‘stealing water’ from Hub canal. “I am giving two weeks to the Sindh government to stop the theft,” he stated.

“We will have to do arm-twisting of Sindh government if they fail to take action.” When asked to elaborate the term ‘arm-twisting’, he briefly explained that, “when electricity bill is not paid the connection is cut off but we won’t cut the water supply but the tap can be slowed.”

‘Misappropriation’ of food ration for inmates unearthed at Adiala