Thousa­nds of people are expect­ed to visit Bhit Shah during the festiv­al
By Our Correspondent
Published: October 22, 2018
Tweet Email 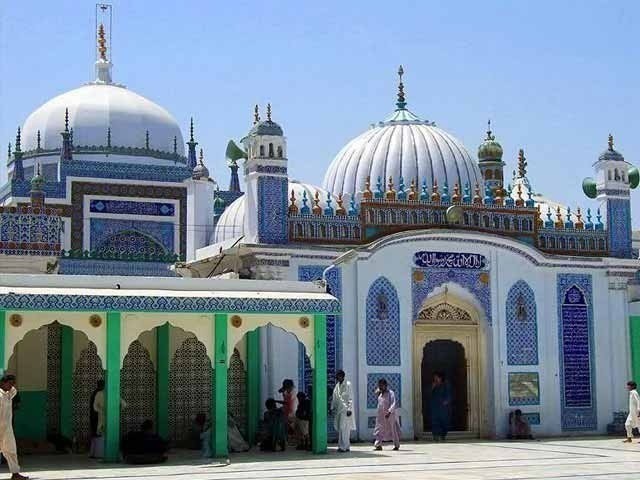 Hundreds of thousands of people are expected to visit the small rural town Bhit Shah in Matiari district, some 55 kilometres of Hyderabad, during the festival. The Sindh government has announced a public holiday on October 24 to commemorate the occasion. PHOTO: EXPRESS

HYDERABAD: The three-day 275th urs of the sufi poet, Hazrat Shah Abdul Latif Bhitai, will officially commence on October 24, but an unofficial commencement ceremony by the shrine’s custodian will be held on Tuesday.

Hundreds of thousands of people are expected to visit the small rural town Bhit Shah in Matiari district, some 55 kilometres of Hyderabad, during the festival. The Sindh government has announced a public holiday on October 24 to commemorate the occasion.

A range of festivities and events have been organised for these three days, during which 3,000 personnel of police and rangers will perform security duties.

A musical night, featuring mainly folk and sufi singers, will be held on each of the three days during the urs celebrations. An international literature conference, traditional wrestling, horse racing and cattle shows, an exhibition of local industries and other activities, have been organised to provide a range of entertainment to visitors.

At the last urs in 2017, a 16-foot statue of Bhitai, depicting the saint wearing a turban and playing dambur – a five-stringed musical instrument which he modified in the 18th century from central Asia’s tambur – was inaugurated. It was temporarily placed at Bhit Shah’s official guest house.

The unofficial urs ceremony will be performed by the shrine’s custodian Syed Waqar Ali Shah on Tuesday with an Ulema and Mashaikh conference, organised by the custodian, in the evening. Sindh Governor Imran Ismail accompanied by provincial ministers will officially commence the urs on Wednesday morning.

Matiari Senior Superintendent of Police (SSP) Syed Zahid Hussain Shah informed that besides him, four other SSPs and 30 Deputy Superintendents of Police (DSPs), will supervise the security.

More than 20 walk-through gates will be placed at the entrance of the different government buildings hosting the events, and CCTV cameras are being installed at around 50 locations, he added. He said that drone cameras will also be used to monitor the activities and some 200 personnel will be deployed for security of VIPs