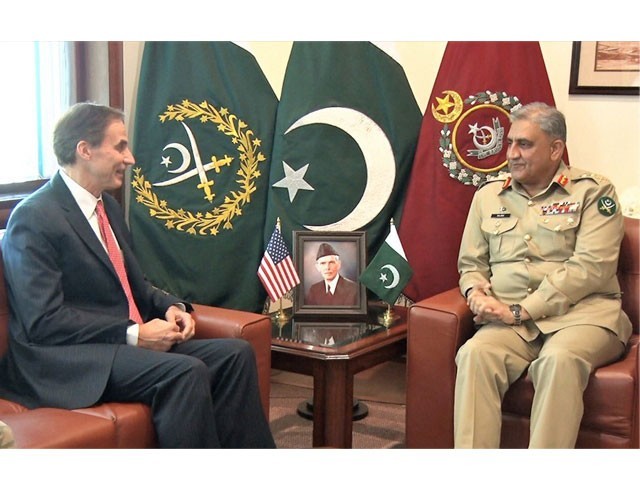 Ambassador Paul Jones, US Charge’ d’ Affairs to Pakistan called on COAS at GHQ. Matters of mutual interest including regional security with particular reference to Afghanistan were discussed. pic.twitter.com/yEqm37rePM

In the meeting that was held at the General Headquarters (GHQ) in Rawalpindi, the two discussed matters of mutual interest including regional security with particular reference to Afghanistan.

In the second week of October, Gen Bajwa was in London where he said that Pakistan is ready to take its bilateral relationship with the United Kingdom to the “next level” for mutual benefit as the country moves towards enhanced stability.

According to the army’s media wing, the COAS met UK Chief of Defence Staff General Sir Nicholson Carter, and held delegation-level talks on the prevailing security environment and cooperation.