Rates will again be increa­sed in Januar­y next year
By Bilal Hussain
Published: October 20, 2018
Tweet Email 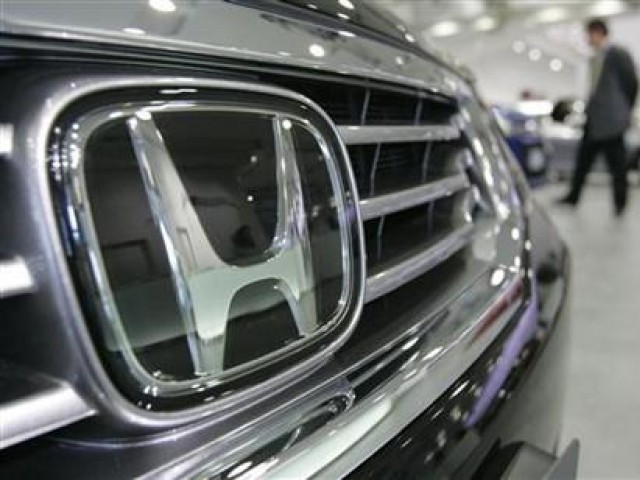 Rates will again be increased in January next year. PHOTO: FILE

KARACHI: Citing negative impact of the falling exchange rate, Honda Atlas Cars has announced that it is compelled to increase vehicle prices from Rs50,000 to Rs100,000 with effect from October 22 this year.

The company will again raise prices in January 2019, which will take the cumulative increase to Rs210,000.

Prices of Civic variants have been increased by Rs100,000, which will be increased again in January, taking the total rise to Rs210,000.

Prices of City variants have been raised by Rs60,000. These will again be jacked up in January next year, which will take the total price hike to Rs125,000.

According to an analyst, the price hike in two phases will lead to an increase in sales of the company in the short-term because people will make early purchases ahead of further rise in prices.

This is the fourth time Honda has increased car prices, just like Indus, since the rupee started losing its strength massively in December 2017.

Pak Suzuki Motor Company has already raised prices four times before the recent fifth round of massive rupee depreciation. The industry expects the company, which operates in the low-price segment, to hike prices again in coming days.

Honda Pakistan increases car prices by up to Rs100,000

“Auto companies are trying to pass on the impact of rupee devaluation, but the increasing car prices will hurt demand significantly,” Research Analyst Farheen Irfan told The Express Tribune.

She added that expensive cars and costly auto financing coupled with growing supply to the market with the entry of new players had painted a negative outlook for the industry.