Priority allocation: Education to get 27% of the budget

Priority allocation: Education to get 27% of the budget 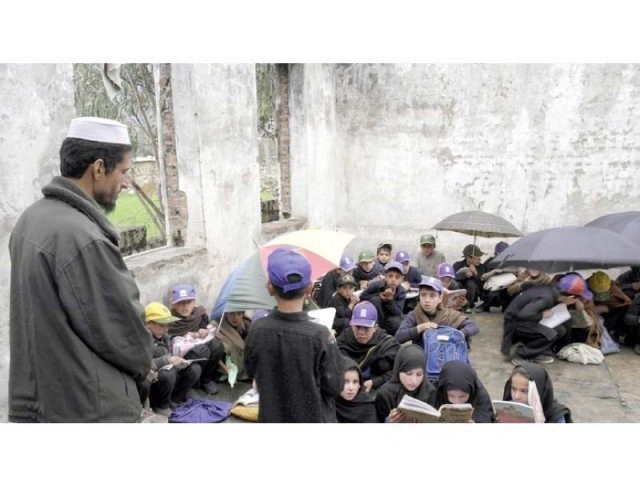 PESHAWAR: Keeping in line with the party’s policy of focusing on education, the Khyber-Pakhtunkhwa (K-P) government on Monday decided to enhance the annual budget for the education sector (both higher and lower) to account for 27 per cent of the total budget outlay.

“We are going to allocate a record amount for the education sector,” K-P Finance Minister Taimur Jhagra announced during the budget speech on Monday.

Jhagra revealed that this year, the government intends to spend a total of Rs167.3 billion on the education sector, up 27.7 per cent from the Rs131 billion in FY2017-18.

Of this Rs146.11 billion will be spent on elementary and secondary education, Rs18.8 billion on higher education and Rs2.42 billion on technical education.

The finance minister further claimed that K-P’s allocation for education was more than other provinces such as Punjab which had allocated 17 per cent of its budget for the sector, 19 per cent for Sindh and 14 per cent for Balochistan.

“Higher [budget] allocation has improved our education system to a great extent, but still need to do a lot more to provide the best facilities at school,” said Jhagra, as he claimed that this was the first time in the province that the common people had seen visible improvement in the education system with better facilities and eradication of ghost schools.

“To provide basic facilities at schools, we are allocating Rs9.6 billion, which is a record amount in the province’s history.”

The minister announced that they will be preparing a five-year education plan where the basic aim will not just be to build more schools but to make all 30,000 schools in the province centres of knowledge and education.

Jhagra also pointed out that they had hired around 40,000 teachers on merit. This, however, means that the state now employees 200,000 teachers in primary, secondary, and technical institutions across the province which cost it around Rs2 billion annually.

Apart from the non-development budget for the education sector, the government has set aside Rs21 billion for the sector in the annual development programme including the construction of new schools, upgrading existing schools and providing scholarships for talented students.

Moreover, the government will also fund a project on improving the quality of learning through the provision of sustainable renewable energy solutions in primary schools in the southern districts of K-P.

In higher education, the government plans to establish new degree colleges, strengthening public libraries, constructing a new building and purchasing necessary items for the Higher Education Directorate, providing furniture and equipment to the Government College of Management Sciences in Mansehra, setting up a reforms unit, establishing an economic policy research institute at the Abdul Wali Khan University in Mardan and upgrading a sub-campus of the University of Engineering in Mardan to the level of a university.