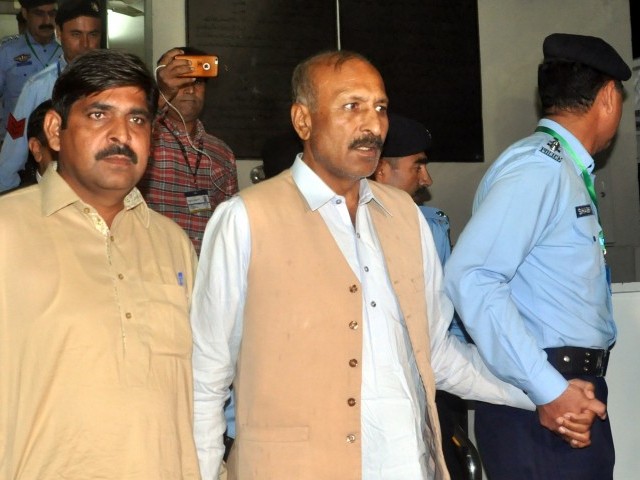 The top court had rejected the bail plea of the accused who had come to turn himself in to authorities.

The accused has now been shifted to the Secretariat Police Station.

Mansha had submitted a bail plea, who is accused in land grabbing, among other cases. He had pleaded for a bail in the case.

On October 1, the apex court had directed the interior ministry to place the Mansha and his sons on the Exit Control List (ECL).

A three-judge bench headed by Chief Justice Mian Saqib Nisar had directed authorities to vacate all land in possession of Mansha Group. The bench was hearing a suo moto case regarding Mansha’s arrest.

Expressing displeasure over interference in police affairs by elected representatives, Chief Justice of Pakistan Mian Saqib Nisar on Sunday likened them to ‘thugs’.

Justice Nisar had said that all occupied land land grabbers in the province should be vacated.