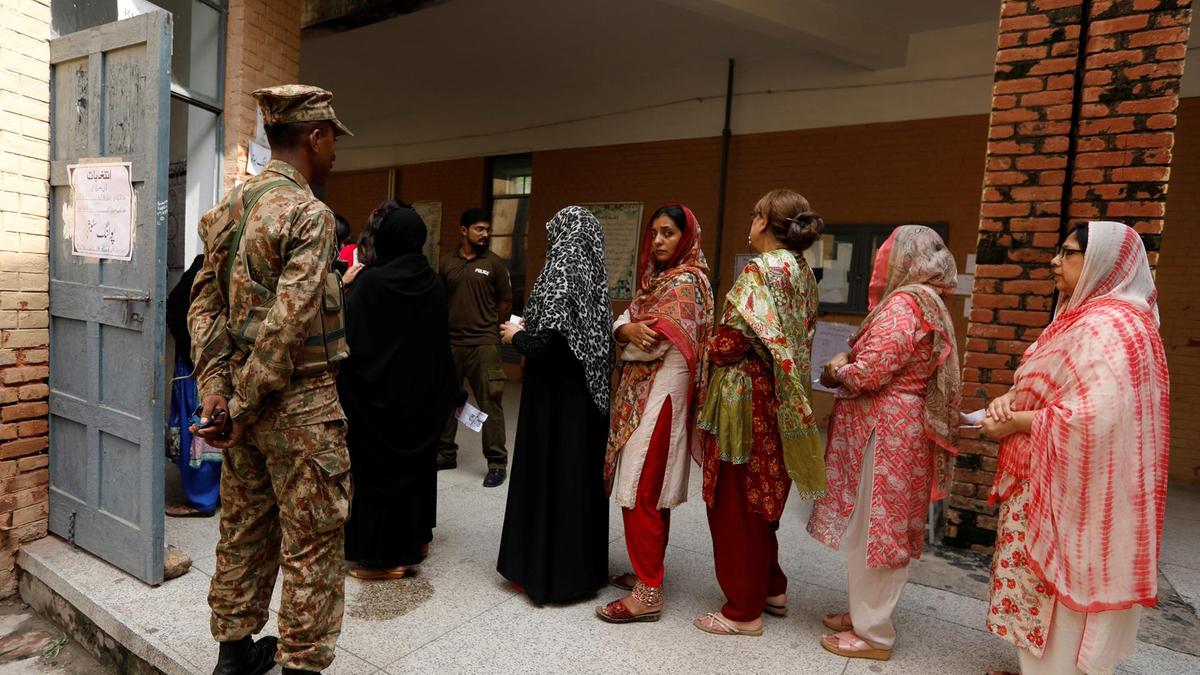 A soldier keeps watch as voters line up to enter at a polling station during general elections 2018. PHOTO: REUTERS

LAHORE  : Lahore chapter of the Pakistan Muslim League-Nawaz (PML-N) is leant to have taken a number of steps to ensure no ‘foul play could be done’ in the polling for the four Punjab Assembly seats from Lahore.

The PML-N, the first among the opposition parties to label the July 25 polls engineered, decided that its workers would keep track of the entire election process till the announcement of election results.

According to details, the PML-N has already sent a list of ‘bogus’ voters to the Election Commission of Pakistan (ECP). In addition, it has also instructed workers to sit in large numbers at the party’s polling camps, besides asking them to travel with vehicles carrying ballot boxes.

PML-N Lahore President Malik Perveiz said that all these steps had been taken to avoid election rigging.

He claimed that the PML-N would win all four seats from Lahore and Khawaja Saad Rafique would win with a lead of 10,000 votes.

Terming by-polls a referendum against the sitting government, he said that Shahid Khaqan Abbasi would win NA-124 with 70,000 votes.