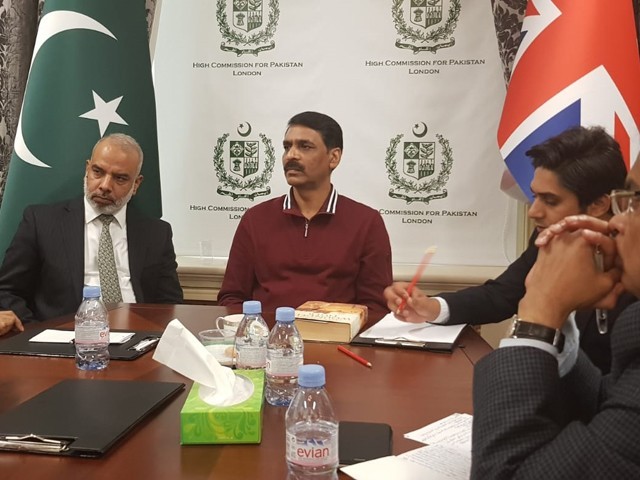 Pakistan Army’s chief spokesperson Major General Asif Ghafoor has said the July 25 general election was the most transparent in the country’s democratic history.

“People voted according to their wishes, but allegations of rigging were hurled at the armed forces of the country,” said the Inter-Services Public Relations (ISPR) director general on Saturday.

Maj Gen Ghafoor, who is part of a military delegation headed by army chief General Qamar Javed Bajwa that arrived in the United Kingdom on Thursday, was having an informal talk with the media in London.

“If anyone has evidence of rigging then it should be brought forward. The army wants to strengthen democracy in the country,” the ISPR chief added.

The July 25 polls were mired in controversy as many political parties, including the Pakistan Muslim League-Nawaz and the Pakistan Peoples Party, alleged rigging after Imran Khan-led Pakistan Tehreek-e-Insaf (PTI) emerged victorious.

Later, the PTI government agreed to form a parliamentary panel to probe into the opposition parties’ claim that there was foul play behind the sudden collapse of a Result Transmission System (RTS) that was developed by the National Database Registration Authority (NADRA) and used by the Election Commission of Pakistan, the polls supervisory body.

Interacted with Pakistani media at Pakistan High Commission, London. Candid discussion on various national security issues. Pakistani media abroad has a national responsibility to project positive narrative of Pakistan. Thanks to them for doing their bit. pic.twitter.com/cTCmY0XOvo

Talking with reference to the war on terror, Maj Gen Ghafoor said the Pakistan Army has been fighting to eliminate terrorism for the past 15 years. He said 76,000 Pakistanis have laid down their lives for peace and stability in the country. “Today’s Pakistan is better than in the past,” he added.

Commenting on the Indian army chief’s last month’s threats to carry out surgical strikes inside Pakistan, he said the battle-hardened forces of Pakistan will conduct 10 surgical strikes if India carries out one.

The military spokesperson ruled out reports of curtailing freedom of expression in Pakistan. “International media must highlight positive news about Pakistan,” he added.

Later in a Twitter message, Maj Gen Ghafoor said, “Interacted with Pakistani media at the Pakistan High Commission, London. Candid discussion on various national security issues. Pakistani media abroad has a national responsibility to project positive narrative of Pakistan. Thanks to them for doing their bit.”