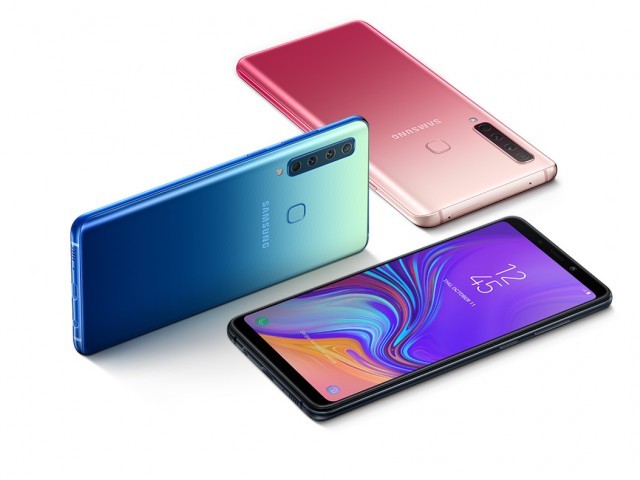 ISLAMABAD: Samsung Electronics announced the launch of its new Galaxy A9, on Saturday featuring the world’s first rear quad camera.

Speaking on the occasion, Samsung Electronics IT & Mobile Communications Division President and CEO DJ Koh said, “As a global leader in smartphone innovation, we understand the demand for meaningful innovation in a fast-paced world driven by visual communication.”

He said, “We’re excited to deliver on this promise and debut world leading smartphone camera technology with the Galaxy A9.”

Samsung will start selling this phone in select markets in the coming weeks, which will vary for each country.

In today’s connected world where moments and memories, from the everyday to the once-in-a-lifetime, are captured and shared instantly, the smartphone has become so much more than just a phone to consumers.

The company had hinted at launching a new smartphone with four cameras or possibly a foldable handset, in October