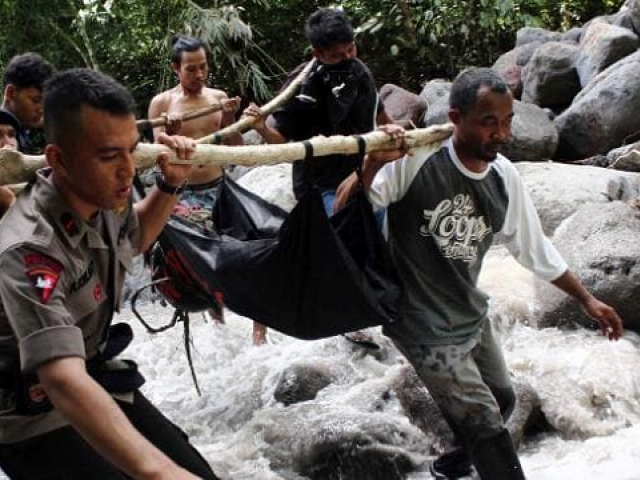 MANDAILING NATAL: At least 22 people have died and as many are missing after heavy rain unleashed flash floods and landslides in western Indonesia, an official said Saturday.

At least 17 people were confirmed killed in the last three days in North Sumatra province, while five others were killed in West Sumatra, authorities said.

“Eleven students of an Islamic boarding school in Muara Saladi village, Mandailing Natal district, North Sumatra died Friday afternoon during class as they were struck by a building which was destroyed by the flash floods,” spokesperson for the national disaster agency Sutopo Purwo Nugroho said.

Dozens of houses have also been destroyed.

“The disaster and search and rescue agency have gone to the district but have been hampered by the landslides in several areas,” Riadil Lubis told AFP.

Landslides and flooding are common in Indonesia, a vast tropical archipelago prone to natural disasters and torrential downpours.

In February, 12 people died when an avalanche of mud and rock cascaded down a steep slope in central Java, Indonesia’s main island.

Freed pastor Brunson leaves Turkey, due in US Saturday