The second season of the event will be played at Sharja­h Cricke­t Stadiu­m from Nov 23 – Dec 2
By News Desk
Published: October 12, 2018
Tweet Email 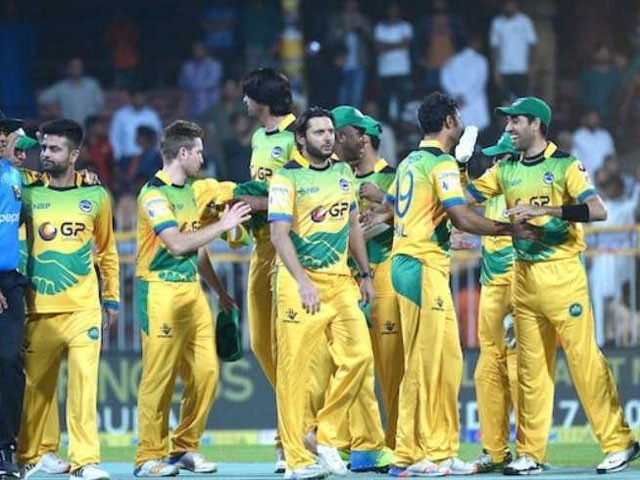 The second season of the event will be played at Sharjah Cricket Stadium from Nov 23 – Dec 2. PHOTO: TWITTER/@PakhtoonTeam

It’s great news for cricket lovers all over the world and especially in Pakistan that the International Cricket Council (ICC) has approved the T10 cricket league.

ICC has also advised its member countries to issue No Objection Certificate (NOC) to their players to participate in the event. The second season of the event will be played at Sharjah Cricket Stadium from November 23 – December 2, 2018. Due to last year’s huge success, it is evident that the next season will attract thousands of cricket lovers in Pakistan.

The 2017 edition was played from December 14-17 at the Sharjah Cricket Stadium and was won by Kerala Kings.

In a statement T10 League Chairman Shajiul Mulk said: “This direct approval from ICC for T10 League gives our partners, stakeholders and more importantly the players a much-needed boost. Having said that, it additionally gives us responsibility to ensure we keep growing year-on-year and make this format globally acceptable.”

More hype will be created for this event after being sanctioned by the ICC. With more teams and larger strength of international players, the stakeholders have regained confidence and hope to see a growing trend.