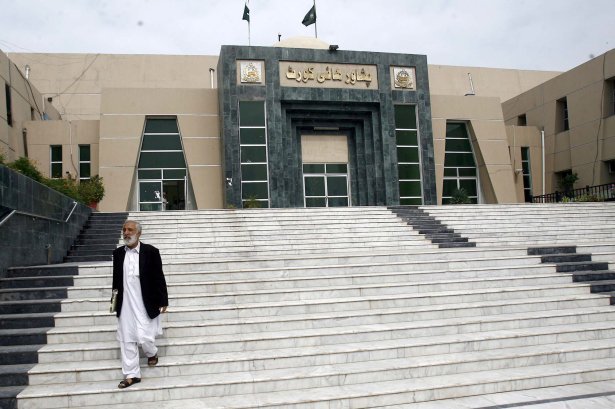 PESHAWAR: A higher court has accepted the bail applications for a man accused of being involved in a brutal murder where the body of a person who is transgender was chopped into pieces after being shot.

Muhammad Farooq submitted a bail application to the Peshawar High Court (PHC), through his lawyer Abdul Karim Khan, claiming that he was innocent.

He further contended that the police have yet to present any evidence against him, nor have they recovered anything related to the case from his possession.

Farooq, a rickshaw driver, had been arrested by a routine police patrol after they found a bag containing human organs in his three-wheeler parked near the main suspect’s flat.

The police had claimed that during questioning, Farooq had allegedly disclosed that the organs were from the body of a transgender, Sajid Alias Nazo, who had been killed by his friend Sadaqat.

Police further said that Farooq told them that Sadaqat had first shot Nazo and had then chopped up her body into pieces using an axe and that some of the body pieces were still lying in the flat. Farooq then allegedly led the police to Sadaqat’s hideout where he was arrested and a 30 bore pistol was recovered from his possession along with other organs of Nazo’s body in a shopping bag.

Sadaqat conceded that he had killed Nazo and then chopped up her body with an axe which he had hidden in a nearby field.

However, Farooq’s lawyer told the court that the rickshaw driver is a local and hence there was little likelihood of him fleeing and that he can furnish bail bonds to the satisfaction of the court until a final verdict is announced by the court.

“No record of evidence has been found for the involvement of Farooq, the petitioner, in the killing of Nazo,” the PHC’s single bench of Justice Roohul Amin ruled.

Transgender candidate vows to secure rights for community in by-polls

“Therefore, sharing of common intention, abetting and premeditation with the principal accused in murder is a debatable question.”

The judgment further said that the murder weapon has also been recovered from the main accused; therefore, Section 15 of the K-P arms act cannot be extended to the petitioner.

The court, thus, ruled that on the face of the record, the petitioner can only be charged with the concealment of the evidence, punishable under Section 201 of the Pakistan Penal Code (PPC).

Since this is a bailable offence, his bail can be granted provided he furnishes bail bonds worth Rs200,000 with two local, reliable and resourceful sureties.

The court made it clear that the order will have no bearing on the case of the prime accused.