UAE is touris­m and trade hub for Middle East, but tolera­tes little public critic­ism of its monarc­hy or polici­es
By Reuters
Published: October 11, 2018
Tweet Email 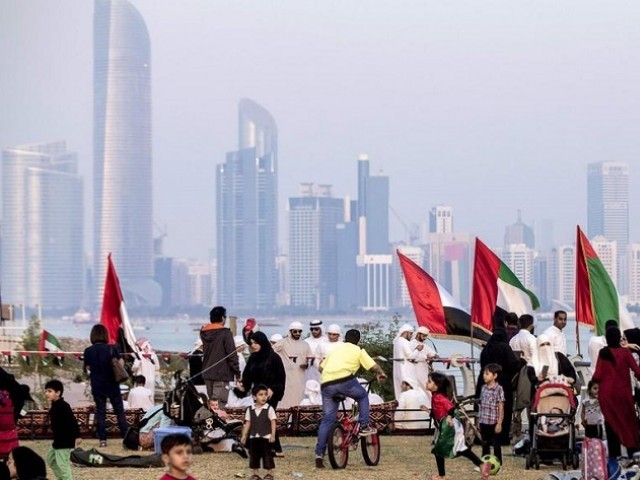 DUBAI: A British academic is being held in solitary confinement without charge in the United Arab Emirates, five months after he was arrested while in the country conducting field research for his thesis, his wife said on Thursday.

Matthew Hedges, a 31-year-old doctoral student at Durham University, was detained without explanation at Dubai International Airport on May 5 after a two-week visit, according to a statement released by his wife, Daniela Tejada.

The UAE government media office did not immediately reply to a Reuters request for comment. A Foreign and Commonwealth Office spokesperson said British officials were supporting a British man following his detention in the UAE, without identifying the man or offering details on the case.

Hedges appeared at a court in the UAE capital Abu Dhabi on Wednesday, after a first hearing last week, but was not informed of any charges against him, said Tejada. The court appointed a lawyer to review the case and adjourned until October 24.

An Emirati source familiar with the case, who was not authorised to speak publicly, told Reuters that Hedges would be charged with espionage, but that the court was waiting for his lawyer to review the case before formally issuing charges.

State-backed media in the UAE reported in late September that the attorney general had ordered a trial for a foreign national accused of spying, without elaborating on his identity.

The English-language newspaper The National said investigators had determined that the man was trying to procure “confidential information” for a foreign agency, and said that he admitted to spying during questioning.

The Foreign and Commonwealth Office spokesperson said British officials were in touch with UAE authorities.

“We are assisting his family and remain in close contact with the local authorities. The Foreign Secretary has also personally raised his case with his Emirati counterpart,” the spokesperson said.

In her statement, Tejada said her husband had been made to sleep on the floor and allowed to shower only once during his first month in detention. After three months of solitary confinement, she said, he was given a foam mattress.

“I am extremely worried about Matt’s mental health and general well-being,” she said.

According to a profile on Durham University’s website, Hedges is a doctoral student in the School of Government and International Affairs whose research interests include civil-military relations, political economy and tribalism.

Last year, he co-authored an article in an academic journal on the Muslim Brotherhood and the Gulf Cooperation Council, of which the UAE is a member.

The UAE is a tourism and trade hub for the Middle East, but tolerates little public criticism of its monarchy or policies and is opposed to the Islamist ideology of the Brotherhood.