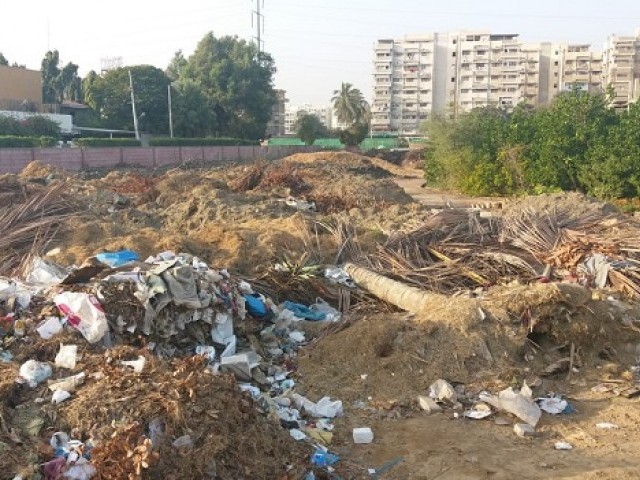 Recently, the department’s head, Afaq Mirza, ordered to revoke a five-year adoption agreement with entrepreneur, Shahzad Qureshi, for the conversion of a public park into an urban forest. For the past 10 months, Qureshi and his team had been working hard at the park located in Clifton, having planted over 6,000 indigenous trees at the site.

Last month, Qureshi came to find the gates of the premises padlocked. The KMC wanted nothing to do with him anymore.

Under the original agreement, Qureshi was supposed to develop the park as an urban forest and was responsible for its maintenance thereafter for a period of five years. The entrepreneur planned to develop a dense forest by following the Miyawaki method of growing plants, which enables a dense forest to grow in small areas ten times faster than usual. This method was initiated by a Japanese botanist, Akira Miyawaki, who also won the Blue Planet Prize in 2006.

The pilot project was carried out in a 400 square metre area inside the same Clifton park in December 2015 by an Indian expert, Shubendu Sharma, whose company creates natural and native forests, along with Qureshi. There, up to 1,500 native plants had given the landscape the appearance of a small but dense forest with heights of a few trees reaching above 30 feet. 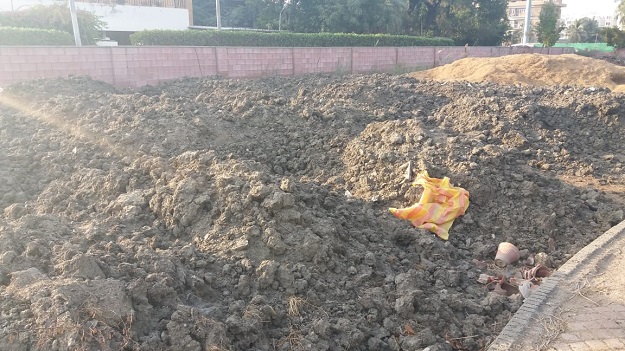 Realising its potential, Qureshi sought permission to spread the concept over the entire park, by planting 50,000 saplings in the 12,000 metre square area. Three years on, he projected, the trees would be able to sustain themselves.

“The soil is powered according to the Miyawaki method and native plants of various species are transplanted so close to each other that their root systems support each other as can be found in any natural forest,” Qureshi explained to The Express Tribune.

In each 100-square metre area, three tons of biomass is added to the soil by excavating up to one metre of deep soil to create a forest bed which increases the growth of plants manifold, he explained.

Qureshi, who was leading the project, told The Express Tribune, “Since the start of formally taking up the project early this year, 4,500 small trees other than the pilot project have been transplanted by over 3,000 citizens, who paid Rs950 each for the plant and its rearing cost for three years in one corner of the park with a surprising survival rate of 93 per cent.” He added that another 2,500 plants have been lined up to be transplanted.

Meanwhile, a wetland treatment channel was set up inside the park to naturally treat sewage water with the help of the roots of the reeds. This water was then diverted to an artificial lake inside the park to provided ample water for plants.

Besides, composting and chipping machines and a rickshaw had been acquired to collect organic garbage to act as an indigenous fertiliser for the plants, when the KMC cancelled the adoption.

Qureshi says that all the documents including a master plan, layout plan, architectural and structural plan of the proposed urban forest had been submitted to the KMC’s parks and horticulture director. 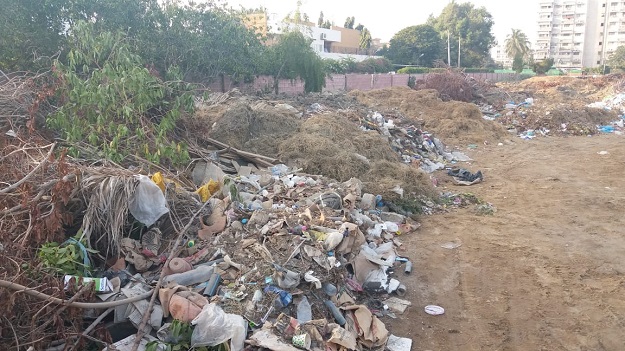 “The growth of trees takes time unlike grass, which the KMC is usually used to growing in parks. The grass has no practical use in a concrete jungle like Karachi,” he said.  “Projects like these are not developed overnight but are legacy projects,” he stressed, adding that students from 15 schools have visited the site so far and have learnt about the significance of growing trees.

Though the agreement, a copy of which is available with The Express Tribune, was signed in May 2017, Qureshi claimed his team could only start work on the project in January 2018.

“First, the pavers were brought in to build a jogging track inside the park in the initial months of the fiscal year, 2017-2018,” said Qureshi. “Then, fancy boundary walls were built along the periphery despite the fact that the park had been handed over.”

No plans: KMC, district administration unprepared to deal with heatwave

Sometime later, 20 trucks of garbage were brought in and dumped inside the park by the KMC. Most of it was removed on Qureshi’s request, but some remains to this day. According to Qureshi, the KMC had allocated Rs20 million for the development of the park in the budget for the new fiscal year. “Why would they allocate the funds when the park had been handed over to me?” he questioned.

Under the terms of the agreement, Qureshi was supposed to develop the park at his own expense.

No plans: KMC, district administration unprepared to deal with heatwave

When The Express Tribune sought an explanation from DG Mirza, he claimed that the agreement had been revoked because Qureshi had failed to deliver any tangible results, despite a considerable passage of time.

Mirza added that Qureshi was also raising funds in the name of the park and that his original master plan had some glaring technical glitches. According to Mirza, the KMC will now develop the park itself and complete the urban forest project within 25 days.

The director’s claim was met by a derisive response from social activists. “Does the KMC even know the Miyawaki method?” questioned journalist Afia Salam. “If the park had already been given up for adoption, why was money allocated in the last budget?” she wondered, adding that if the parks and horticulture department really had problems with the master plan, why had they not raised an issue when it was submitted last year.

Social activist Mohsin Sayeed echoed Salam’s suspicions. “I want to ask the KMC how many parks they have developed that now they will grow an urban forest at this location,” he remarked.

According to Sayeed, if the KMC had done its job, people like Qureshi would never have felt the need to take up this project. “I’m sure the KMC will execute this project by planting a few hundred trees that will die in a single year and the officials will ultimately mint taxpayers’ money through corruption,” he alleged.

Perhaps the strongest response came from consultant ecologist Rafiul Haq. “This is public property and is not owned by any single person who can take such an abrupt decision,” he said.

“The whole investment has gone to waste, since there is no one to water the trees after the KMC’s immature step of locking down the park where 6,000 trees would desperately need water,” he remarked.