‘City of Dreams and Nightmares’ opens at Alhamra

‘City of Dreams and Nightmares’ opens at Alhamra

The exhibi­tion is open to the public and ends on Octobe­r 13
By Our Correspondent
Published: October 11, 2018
Tweet Email 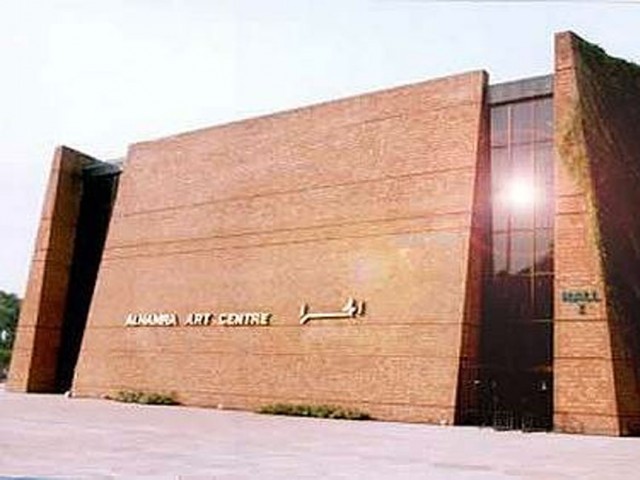 LAHORE: An exhibition titled ‘City of Dreams and Nightmares’ opened at the Alhamra Art Gallery on Tuesday.

The works of Bibi Hajra Cheema and Sachal Rizvi, both graduates of the National College of Arts (NCA), were displayed at the exhibition which showcased art depicting the Lahore city and the people that inhabit it. Both artists used ink on paper to capture scenes from the city. The artwork was curated by Anum Lasharie.

Rizvi’s work included intricate drawings depicting city landscapes from different perspectives. His art explores the city through the architecture, highlighting ordinary structures. ‘Mohalla-4’, an overhead perspective of one of the oldest neighbourhoods in Lahore, captures minute details of animate and inanimate objects alike. His other works focus on the structural details of buildings.

On the other hand, Cheema’s work hones in on the people living within the walls. She states that she finds inspiration in drawing normal people according to how she perceives them. Women are often central characters in her work.

“I aim to explore stories that are invisible from afar,” she articulated. At first, the rumble of diverse expression makes the larger picture appear incomprehensible. My work functions at this level, where crowds ebb and flow to create meaning, she explained.

Her artwork titled ‘Spice Bazaar’ depicts a huge flame at the centre surrounded by a plethora of people one usually finds at festivals. Drug addicts, drummers and devotees have all been sketched in Cheema’s unique style.

“The reason we have displayed our work in this manner is to make it more accessible to the public,” she said. She maintains that this is in an effort to shatter the monopoly of private art collectors and galleries.

“These scenes have been borrowed from the people, therefore they should be accessible to the people,” she reasoned.

“The work pays close attention to detail which most people usually miss out on. It is an exaggerated observation which forces you to pay attention,” said Aliya Khan, another visitor.

The exhibition is open to the public and ends on October 13.